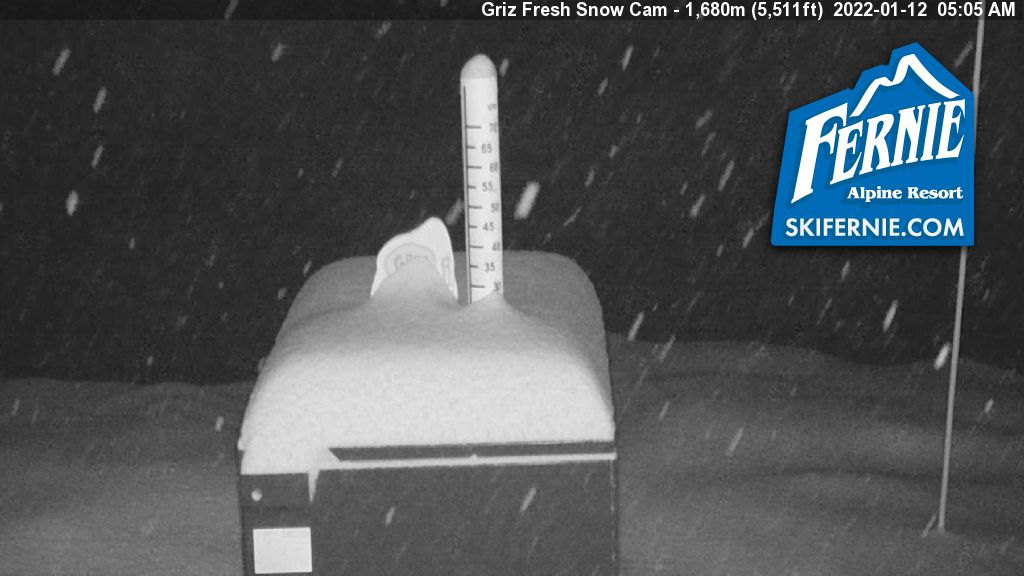 Its Canada Time eh!  The Northern Part of the Pattern is kicking into gear.  This is the next predicted storm for New England. The storm is about a day late (normal) and will move through, from the NW to SE, bringing snow to Montana through Wyoming to Colorado.  There is not a lot of snow for the mountains with this storm, due to the track of the Low. 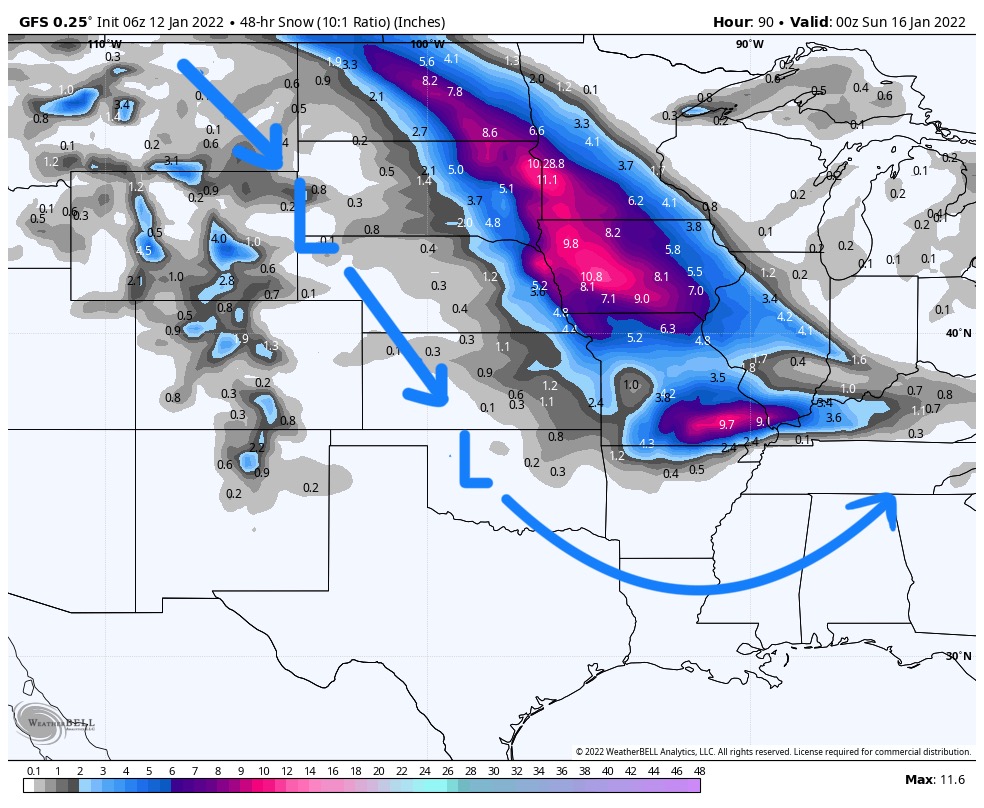 The eye (Low) of the storm tracks right thru the middle, with backside moisture cutting a swath from the Dakota’s to Missouri.   After it passes Missouri, it combines with tropical moisture from the gulf and makes a turn to the north.  I am keeping an eye on the storm when it comes back around in the second week of March (12).  It’s probable that there will be a tornado outbreak in the southeast. 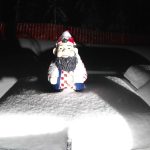 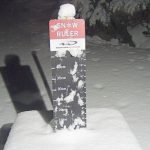 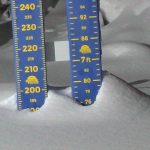 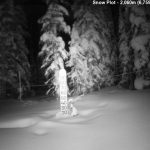 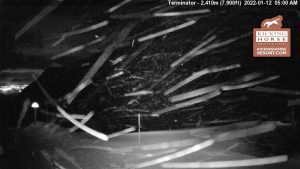 Wednesday night into Thursday and Thursday night, temperatures lower as do the snow levels.  Quite a move from 11,000 ft to 2500 ft by Thursday morning and then they will bounce back up.  But some good snow should fall between those timeframes for the higher elevation mountains, like Crystal and Mt Hood.  I’m thinking around 3-5, not much, but it will clear the scar of rain.  This is an unfortunate part of the northern pattern. 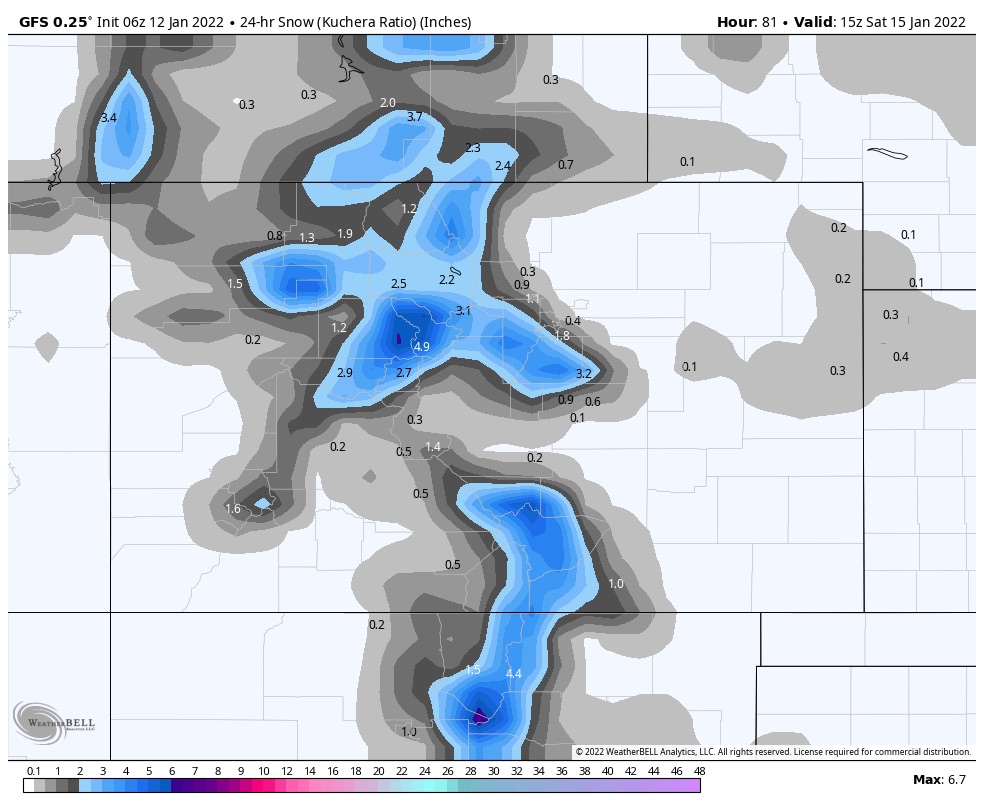 Storm reaches Colorado Friday.  Storm totals don’t look impressive yet, but the storm is intensifying as it approaches.  Should have a sound solution by tomorrow. 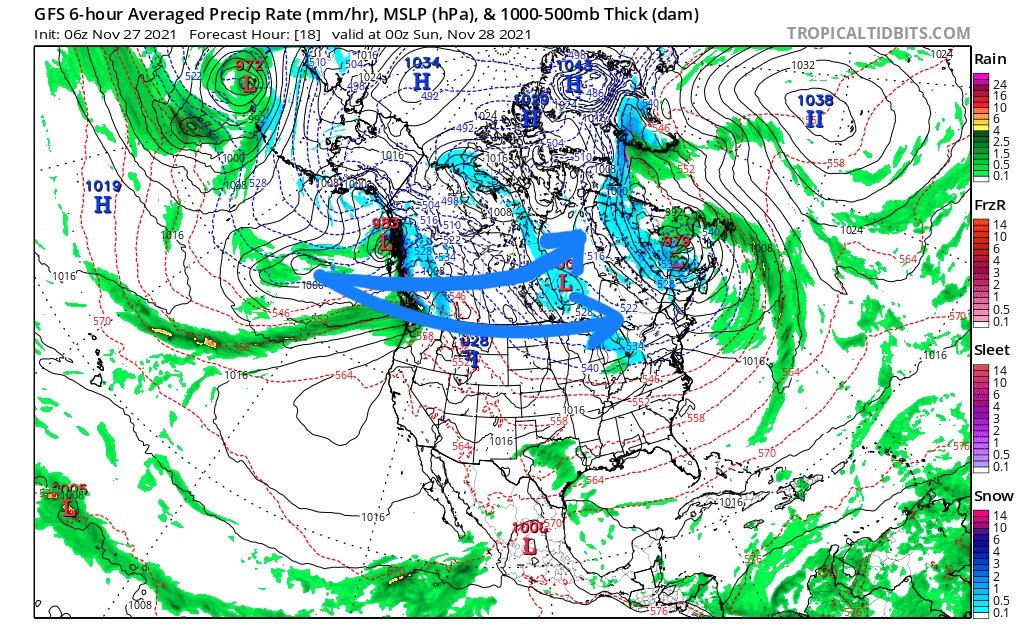 What you are watching is the Pattern, at the 500-mbar level. This is halfway up in the atmosphere, where most of the action happens.  It is a little easier to see too.

At this level you can see the flow of the jet stream, the storms, ridges and troughs.  Watch how each side is similar.  There are differences.  Storms are sometimes early and late (not by much), which are part of the natural flow.  Some of those differences are caused by different teleconnections.  For instance, a strong Artic Oscillation (AO) in one cycle, negative AO in another, will cause differences in the size and strength of each system.

This next video is an example of the GFS MSLP (Mean Sea Level Pressure) weather chart.  This charts name doesn’t make a lot of sense, but it will look more familiar.  This one was harder to stitch together, so I apologize for the glitches.