Pattern 101 (Scroll down for forecast)

There are patterns everywhere.  The seasons, the moon, stars, tides,,,,,you get the picture.

Weather has patterns too.  Lots of them.  It has oscillations like the MJO, AO, NAO.  It has sea surface temperature patterns like El Nino, La Nina and a whole bunch of other patterns that are too boring to talk about.  There is another pattern that controls when and where storms track, for lack of a better name, I just call it the Pattern.

It is hard to understand how the Pattern works, I don’t understand it, but it’s does work.  It is hard to find.  Hard to figure out, there are many disguises and curveballs mother nature throws out that makes weather seem random.  With all of the science and knowledge, we don’t know when it will snow, until 7days out. Einstein figured out the theory of relativity, yet no one has figured out the weather?

I’m not claiming that I have figured out the weather–far from it.  But I know the weather is not random.  Larry Schick, formerly the Northwest forecaster for OpenSnow, once told me “Weather has no memory”.  I loved that line because it was so poetic.  But weather does have memory.  It does remember where it went, because it follows the same path, each year.  Five years ago, I tried to convince Joel Gratz, and later Bryan Allegretto, both of OpenSnow, to learn the pattern and use it in their forecasts. I had used it for ski trips, and knew it worked. Both had open minds but were skeptical. They have come around and I even considered joining their team, but that wasn’t in the cards this year.

What you are watching is the Pattern, at the 500-mbar level. This is halfway up in the atmosphere, where most of the action happens.  It is a little easier to see too.

At this level you can see the flow of the jet stream, the storms, ridges and troughs.  Watch how each side is similar.  There are differences.  Storms are sometimes early and late (not by much), which are part of the natural flow.  Some of those differences are caused by different teleconnections.  For instance, a strong Artic Oscillation (AO) in one cycle, negative AO in another, will cause differences in the size and strength of each system.

Gary Lezak is a Meteorologist in my hometown of Kansas City.  While studying meteorology at the University of Oklahoma, he noticed a snowstorm that was very similar to a storm that came through a couple of months earlier. He discovered the Pattern which readers of his blog would later name “Lezaks Recurring Cycle” (LRC).

It became his life’s work studying, blogging and even writing a Peer Reviewed paper published in the Journal of Climatology & Weather.  You can find the link here. Gary was my inspiration to study the Pattern for ski trips.  I mean, if I knew when it was going to snow, months in advance, I could plan a trip around that information and save a couple of bucks along the way.

Through studying and researching the Pattern, I discovered another guy, Doug Heady. He has been using the Pattern for forecasting too, He called it the Heady Pattern.  I started reading and following Doug’s blog.  I later messaged him on Facebook.  He was very kind to me and helped me learn how the Pattern works and what to look for.  Doug has worked with Gary in the past and was also involved in the CPH.

This next video is an example of the GFS MSLP (Mean Sea Level Pressure) weather chart.  This charts name doesn’t make a lot of sense, but it will look more familiar.  This one was harder to stitch together, so I apologize for the glitches. 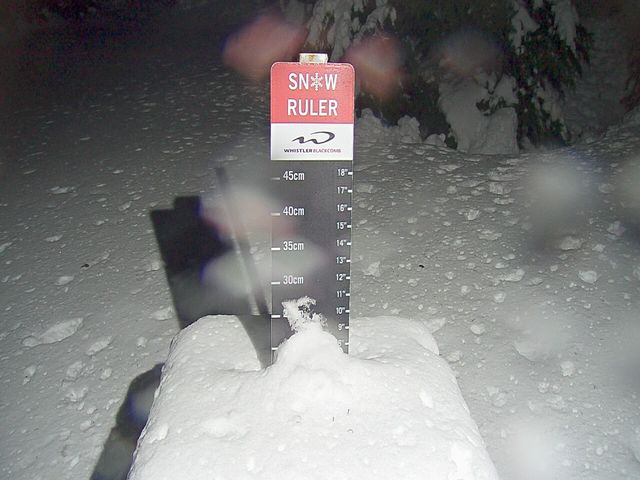 Snow in the northern Cascades with mostly rain in the southern Cascades. Freezing levels through the roof for the S Cascades, from 6000 this morning rising to 10,000 this afternoon.  Northern Cascades, Crystal Mountain, snow expected between 2-4 with lower snow lines of 7000 ft.  Slightly better conditions for 49 Degrees north with colder air.  Stevens Pass, with its 4000 ft base will get mixed precipitation today, freezing level around 5000 ft–so a slushy mix.  Glove Wiper Alert

Below is the flow of precipitable water

The next storm on our prediction spreadsheet is for New England.  The East coast is hard to predict due to steering mechanisms, or rather lack of them–mountains channel the flow, but the flow through the plains can be unpredictable.  So, I only predict the big ones.  This one coming for the 14th is one of them. 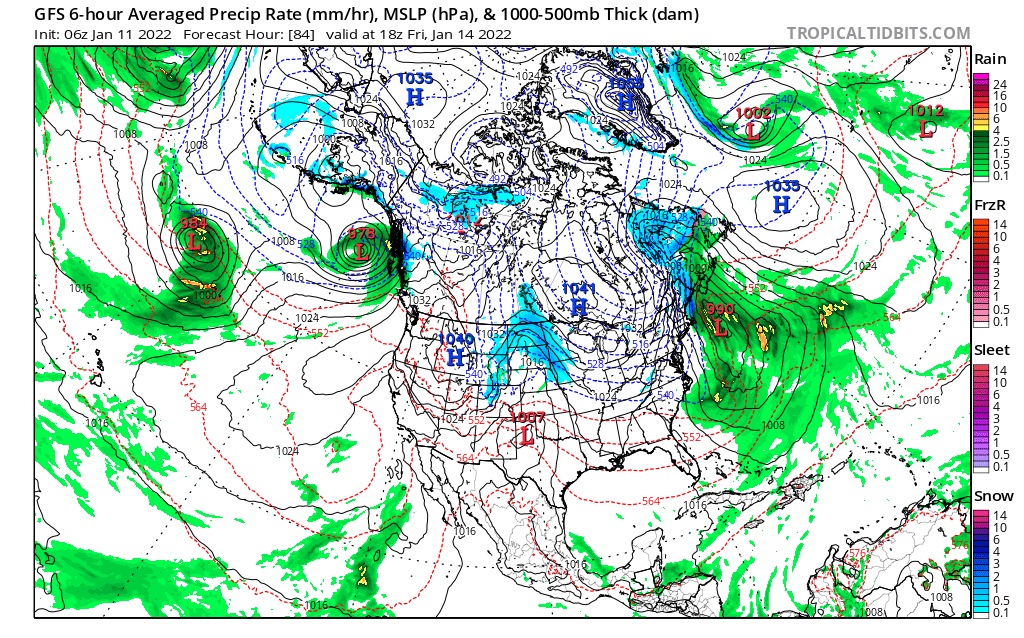 Thanks for watching!  I hope you can get a sense of the repeating pattern.  Don’t worry if you can’t see it, I didn’t at first either.  It’s kind of like one of those visual puzzles.  Once you see it you can’t not see it.

Anyway, thanks for spending your time reading the blog.  If you have any questions, please ask in the comments, or send an email to Mike@FutureSnow.co

Last thing do not forget our FutureSnow Concierge.  Send me an email and we will give you detailed info on your future trip.  Just include your destination and timeframe of when you want to go, and we will let you know the Future Snow.