Active West Up Next

By Mike HolmNovember 19, 2021No Comments

The active west part of the Pattern begins next Tuesday.  This will be the third time through since the Pattern changed in July.  Each cycle is getting stronger as winter approaches.  As the Jetstream intensifies, the wave activity on the 500MB chart drops further south on the continent. These next pictures are an example of that. 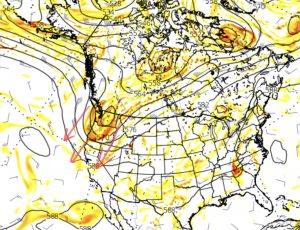 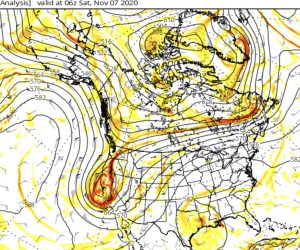 That is what is occurring now.  So we have to project where the 500mb pattern will be in upcoming cycles.  That is part of the art of this weather phenomenon Jerome Namias discovered in the 1940s.

Scattered snow showers across the PNW with freezing levels dropping as the day progresses.

First storm arrives Nov 27th on the west coast stretching from Whistler Blackcomb down to Mt Hood.  The system will move through the coast, across to Idaho and through the northern Colorado mountains.

That storm is followed by a second wave early on the 30th following a similar track, but diving a little deeper.  This second storm produced the most in Utah, Jackson Hole, and Big Sky.  Snowbird had 18″ and Big Sky 13″.

Finally, the 3rd wave hits on Dec 1st.  This wave was the largest producer for Colorado, last time through, ranging from 15″ at both A-Basin and Beaver Creek (from snow stake cam).

Thanks for spending a few moments reading the blog. If you have any questions as always feel free to email Mike@FutureSnow.co, or simply leave a comment. Mike