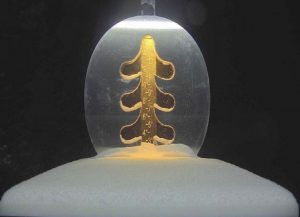 The double-barrel High pressure system, off the coast of California and Nevada’s, days are numbered.  Those two have been devastating to the strength and path of the Pattern storms.  The storms are there, just severely weakened.  Since I have been using this system for predicting storms, I have not encountered something like this.  This year’s Pattern is all over the place.  First of all, it is really long (2 months), second, the strength of the pattern is really mixed.

In the first cycle we had a mild and warm October.  November started warm, then the storms shifted to the northern Pattern.  The second cycle we had an incredibly wet December ,fueled by multiple atmospheric rivers, followed by the return of the northern Pattern.  Now we are in the third cycle and what I thought would be a return of the wet December, has been more like the first cycle, but with High pressure dominating the west.

In this next video, the jet stream finally begins to flow in a more favorable direction, opening up the door to the west, and taking with it the High over Nevada.  The video begins on Feb 9th, then 12th, and finally the 14th.

In this next video, once the High breaks down, the system path goes back to where it should be. This is still a long way out, but once this changes, it will bring back the storms to Tahoe, and Utah just in time for the next wave of storms.  I will go dive into those next.   First, this is the current setup showing the altered path 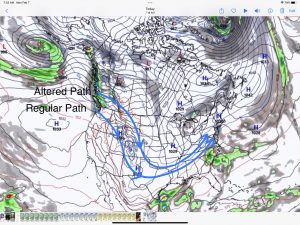 We got screwed on the Trifecta, this cycle, only getting a few inches at Steamboat, and a couple each at Vail and Beaver Creek, so what’s next?  Fortunately, we are in the early part of the Cycle and there is a lot left for the Active West Pattern before we go back to the Northern Pattern.