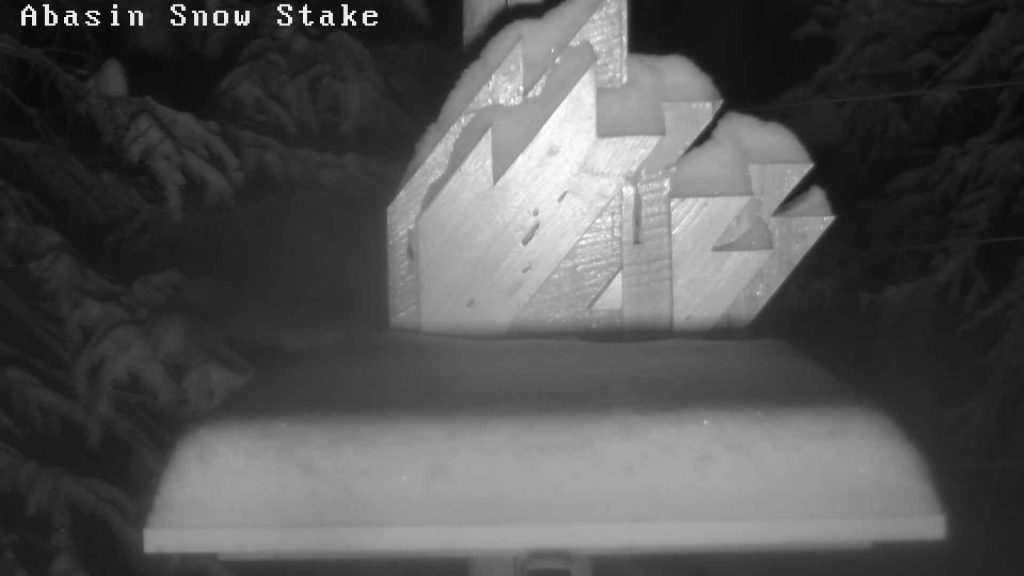 Below is the 3-hour snow total chart.  I like to use this chart for the smaller systems because you see how the showers are projected to come through. Twenty-four-hour accumulation chart follows.

I am raising my forecast totals today to an additional 3-5! 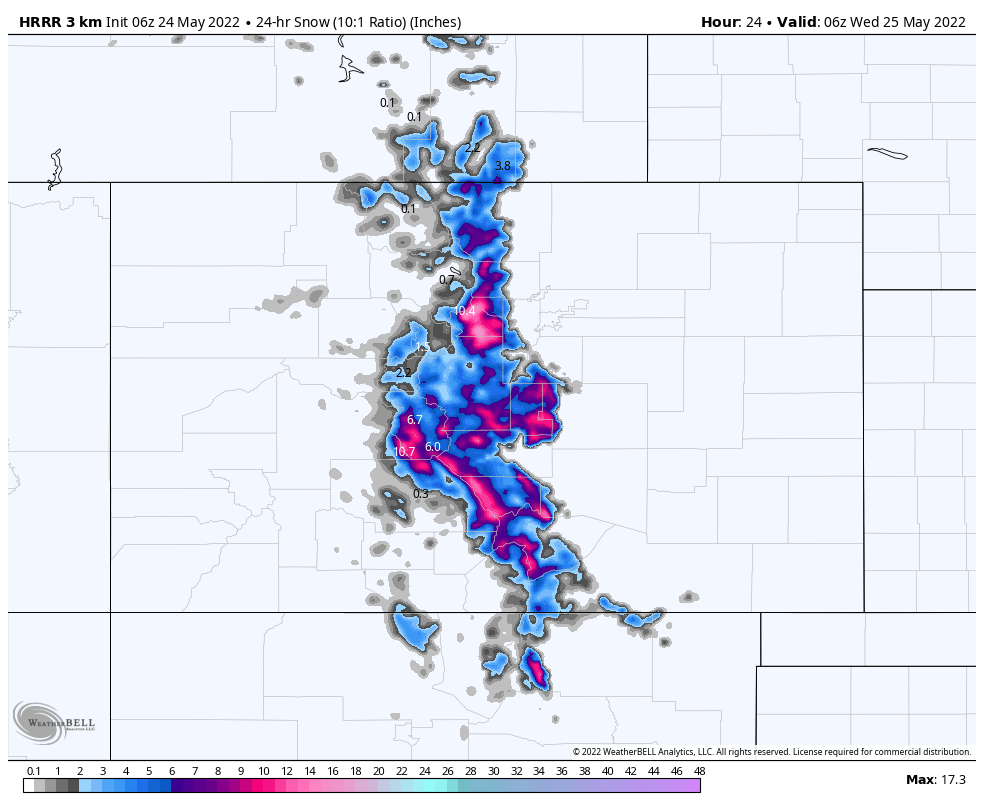 Winter, in May, continues for Colorado’s Arapahoe Basin.  After all of the other resorts close, its Basin time.  With this weekend’s storm they will likely make it at least a few more weeks.  Cool temperatures continue with more snow chances for Tuesday.  There is a little disturbance that will roll thru today with little accumulation.

Tuesday’s system is in the pattern, we talked about that one rolling thru, weeks ago.  It is a weak storm that mimics the Active West pattern.  Who knew it would still be cold enough, in May, for there to be snow?  After this wave rolls thru, the next pattern system is June 2.

Today, windy with gusts around 25 mph with light snow possible.  Temperatures will be around 40 at the base, and mid 30’s at the top of Lenawee.

Tonight, snow begins around midnight.  Snow levels around 9000 ft, so it should be all snow for the Basin (base level 10,780).  I am expecting 1-3 before the lifts start spinning, with the potential of more if we get thunder snow.  CAPE (Convective Available Potential Energy) are relatively decent, in the 600’s, so there is potential for thunder snow.

Tomorrow, Snow continues, expect another 1-3 throughout the morning and early afternoon.  Temperatures will be in the low 30’s at base and below freezing at the summit.  Moderate winds 10-15 with 25 mph gusts.