The northern part of the pattern is getting ready to shift into the active west part of the pattern.  This transition is coming later than expected, due to a shift from the early set up in August, to when the pattern becomes established in October.
It is a much longer Pattern than I anticipated.  Especially since we’re coming off a similar La Niña season.  This could mean that we’re going to have a moderate, to strong, El Niño next season. That is a wild guess, but something to file away. 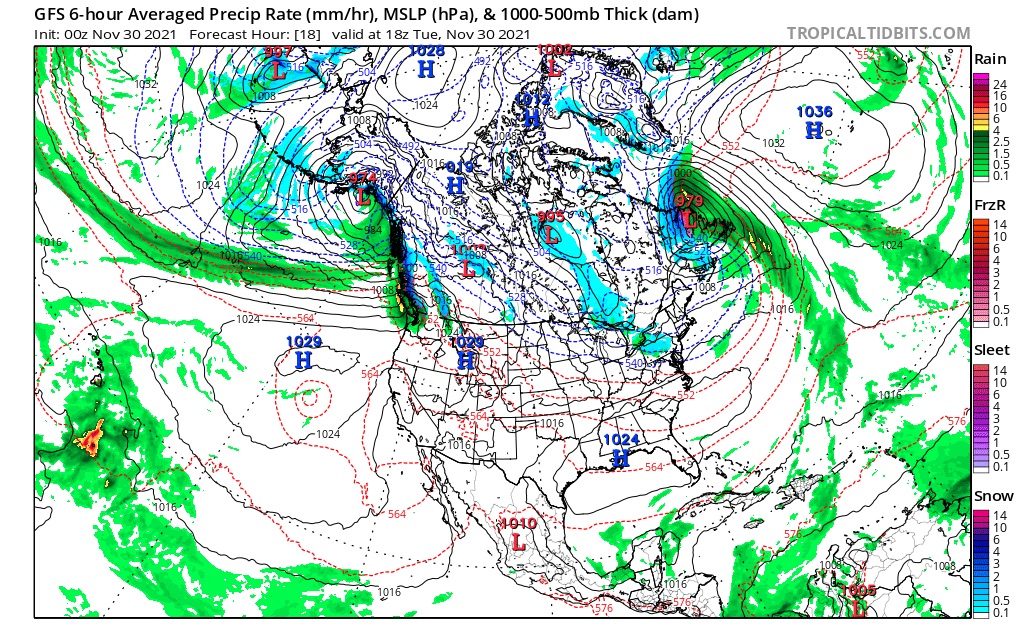 Snow showers today for Whistler, Revelstoke, and Banff.  Rain showers for Washington and Oregon. Snow level is at 10,000 ft.  Look for more of the same on Wednesday with snow level rising to 12,000 ft.  Colder air arrives Thursday. 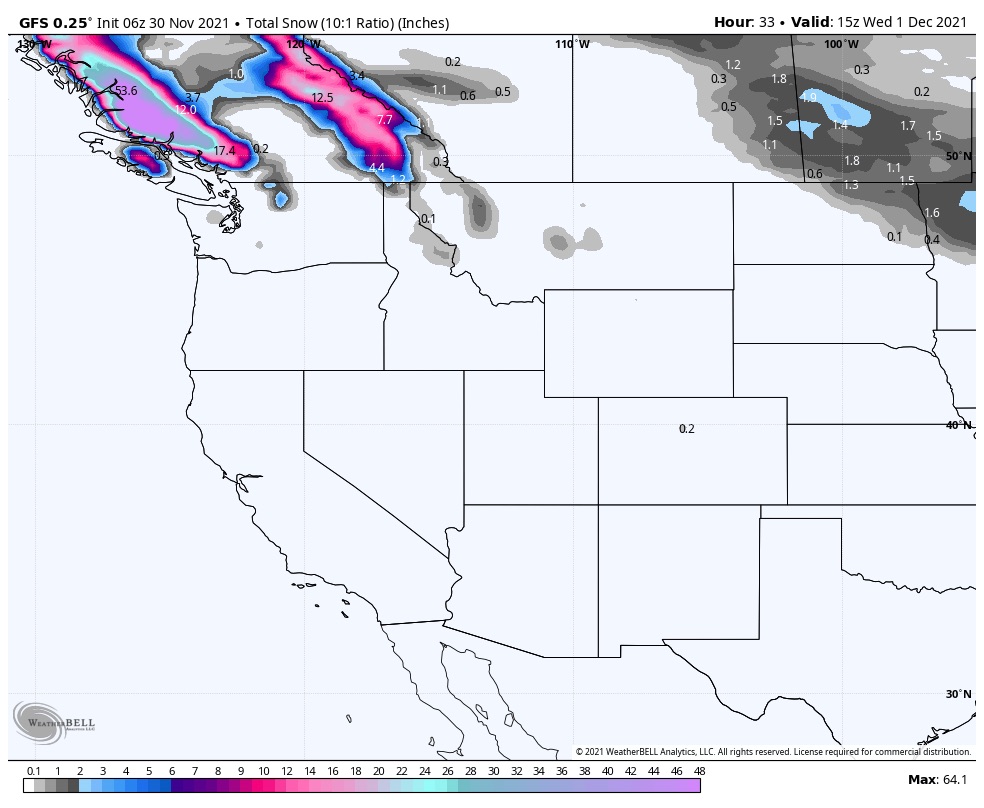 This is the first storm in a series of storms that starts the active west pattern. The last time this system came through there were double digit totals in both Colorado and Utah. Presently the storm looks warm for the Pacific Northwest, I will dial in the freezing levels as we get a little bit closer.
This part of the pattern is what we had back in October. Lots of moisture from the Pacific Northwest down to the Sierras, Wasatch and Colorado mountains.