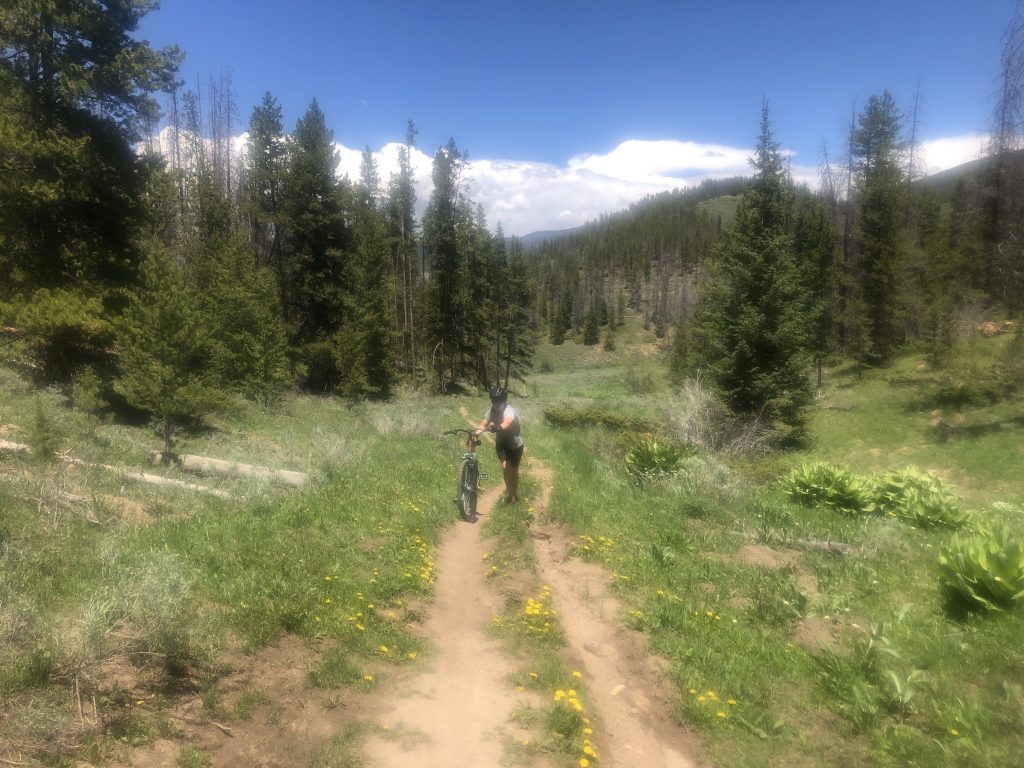 Back From Summer Break

After a nice summer break, I will be back to posting weekly updates on the pattern soon, once we get a little closer to fall.  It’s nice to have a little time off to recharge the batteries and to get stoked for the coming season.  In the next few months, I will be updating the site and adding new features for the upcoming season.

I have been looking back at the last few years patterns to get a better grasp on the transition from year to year.  There are some really interesting insights I have learned that will help me with this year’s transition.

Presently, we are in day 49, cycle 5 of this year’s 64-day cycle.  Roughly a week into the Northern Pattern.  The pattern will continue to cycle until it transitions to the new pattern around October 1.

La Nina is still here and looks to continue through the upcoming ski season.  This will be the third winter in a row and the first “triple dip” La Nina since ’98-’00 and before that ’73-75.

This is only the third triple-dip La Nina since records have been kept, dating back to 1950.  It still could switch to neutral or El Nino, but the odds are against it.  Below is the historical chart from NOAA.

The status of ENSO (El Nino Southern Oscillation) is important because it does two things for the weather pattern.  First, it effects the strength of the storms, and second, the path of the systems.  During La Nina, precipitation is generally below normal for the western US.  La Nina also has a strong correlation to drought conditions in the west.

The chart below from the US Drought Monitor, shows the last 20 years and the severity of continental drought–note the two strongest droughts were during La Nina, or La Nina and Neutral years.

Now let’s look at precipitation patterns for El Niño and La Niña years.  Look at the charts below and notice the lack of precipitation in the west during an La Nina, with the exception of the Pacific Northwest.  Next, look at El Ninos Pattern–it is much more even.

Below is a visual of the equatorial Pacific displaying the cool waters of La Nina and the warm waters of El Nino.  Expect similar conditions for mountain snowfall as the last couple of winters.

The Pacific Northwest will be the winner, most likely, with average to below average snowfall likely for the Siera, Wasatch and Rocky Mountains. 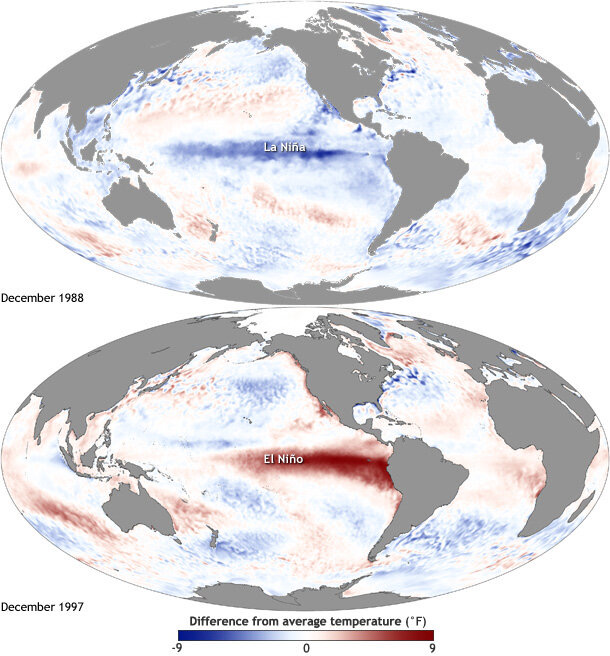 The new weather pattern for the upcoming winter will be setting up in the next couple of months, with a new cycle length.

Everything that we knew about this years pattern will be lost.  Our new tools will help us discover the new pattern earlier than ever before so that we can give you the information that you need to plan your winter trips!

Thank you for reading the blog!  Mike