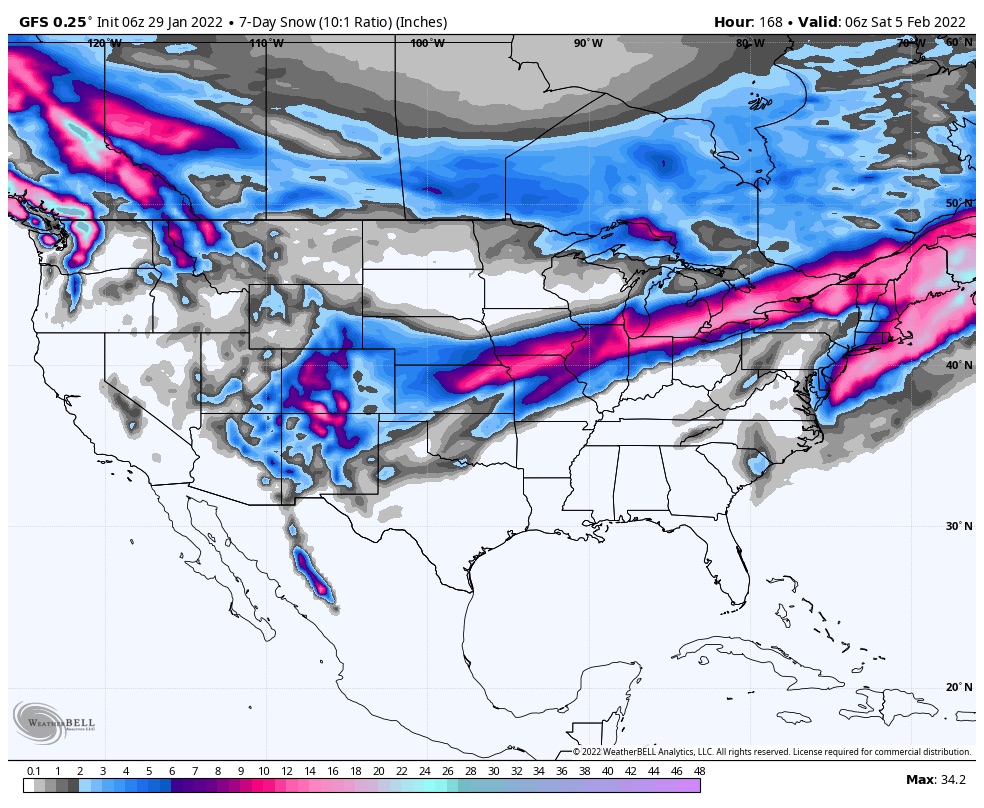 While another nor’ easter slams into the east coast, the west loads the chamber for the switch in patterns.  First storm arrives late overnight tonight and early morning tomorrow in northern Washington.  This storm has shifted tracks from the last cycle, and the track looks like it did in the first cycle, moving from northwest to southeast. 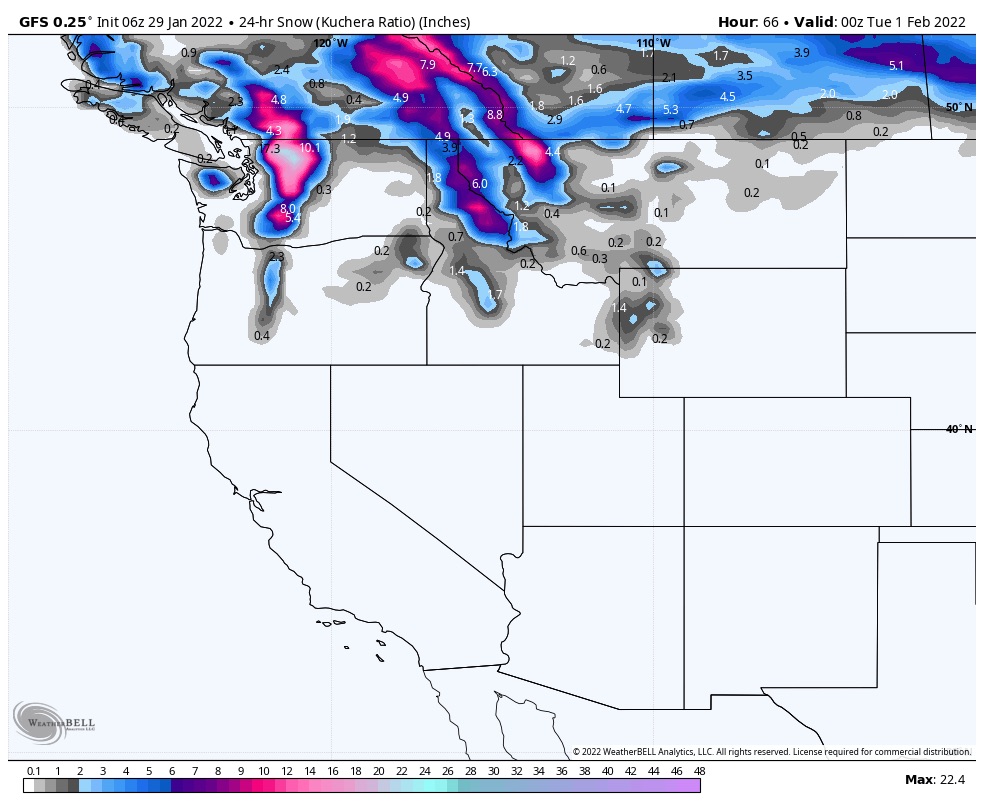 Northern Cascades begins in the early morning hours tomorrow.  Snow showers with moderate winds, 10-15 mph.  Snow levels from 6000 ft early in the day dropping to 1000 by Sunday night. Crystal Mountain:  expect 2-3 during the day Sunday with 3-5 additional after the lifts stop spinning.  Stevens Pass:  The storm arrives in the late evening tonight with 1-3 overnight.  Tomorrow 6-8 additional with another 1-3 on Monday.

For the southern Cascades, the storm will begin Sunday evening. Snow totals will be in the 1 to 3 inch range for Mount Hood, and Bachelor.

The storm is tracking to the north of us the cottonwoods.  I do expect snow to reach the area, but totals look small for now. 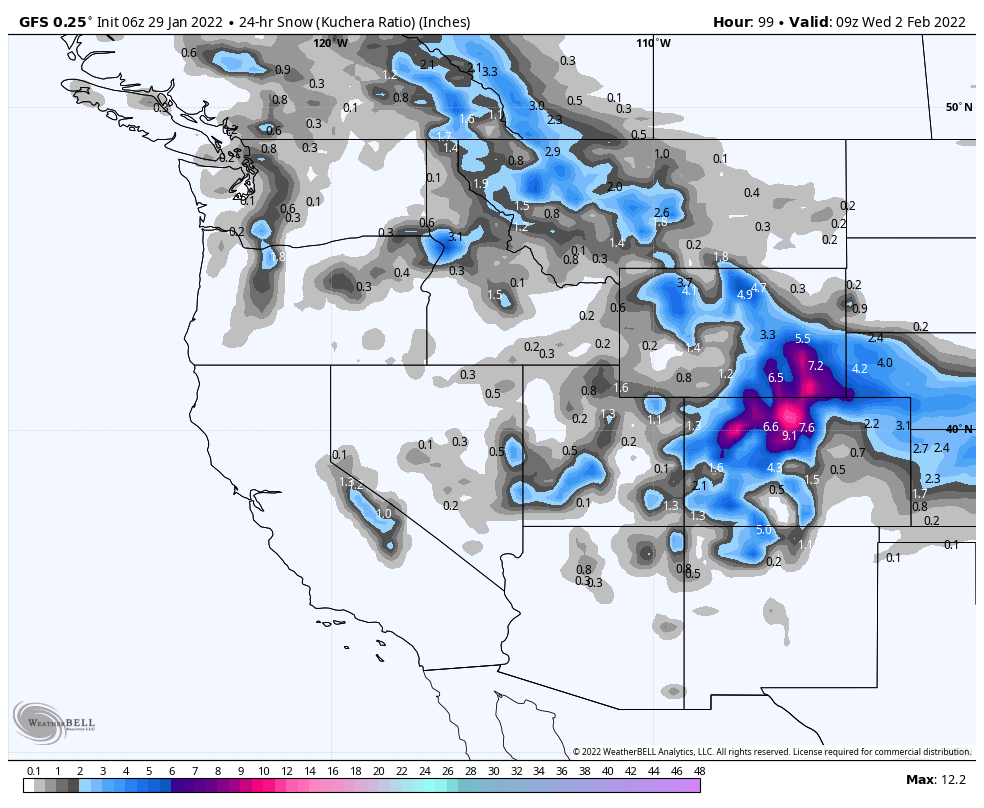 The system arrives in Colorado on Tuesday and Tuesday night.