By Future SnowJanuary 28, 2022No Comments 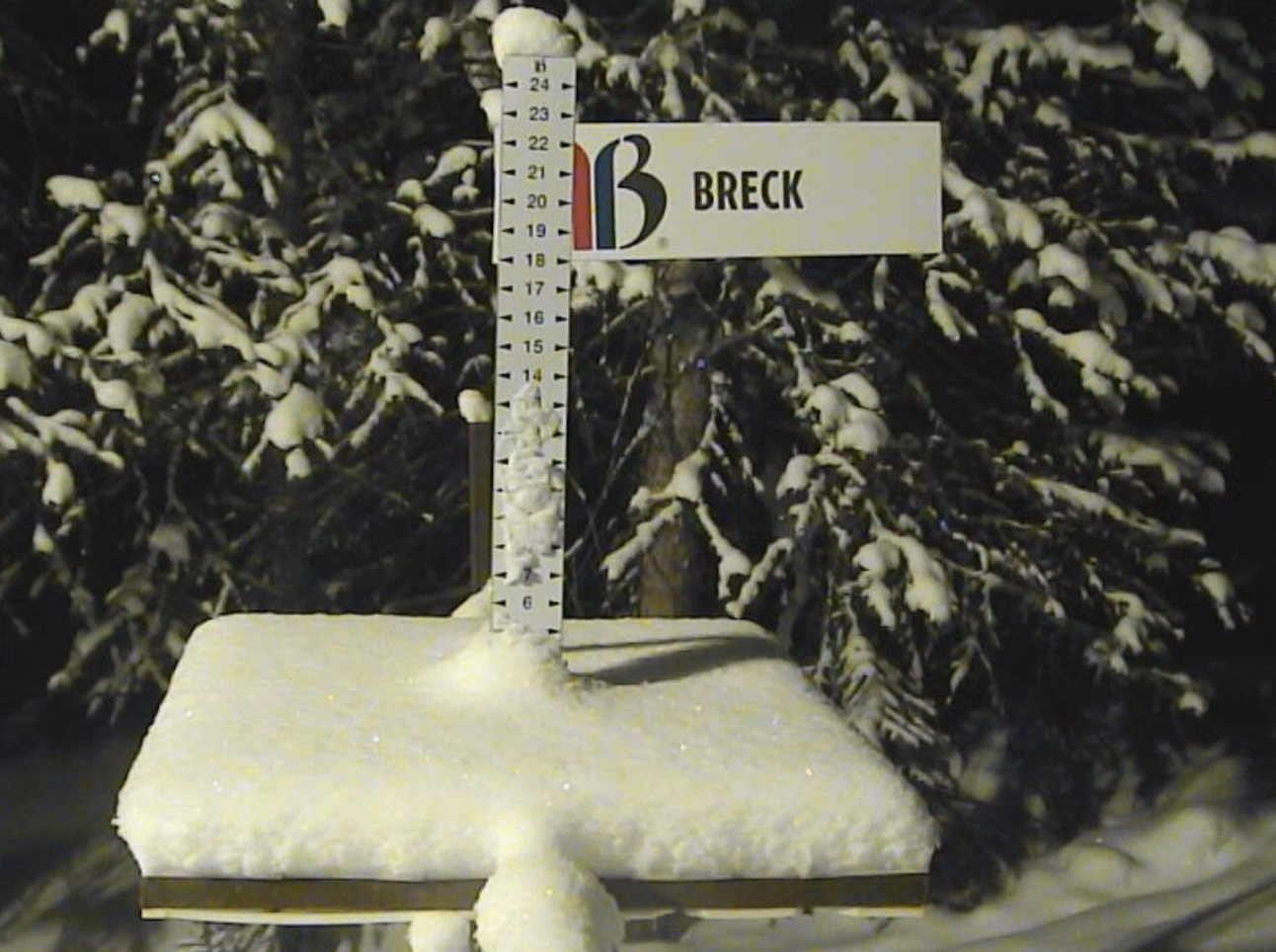 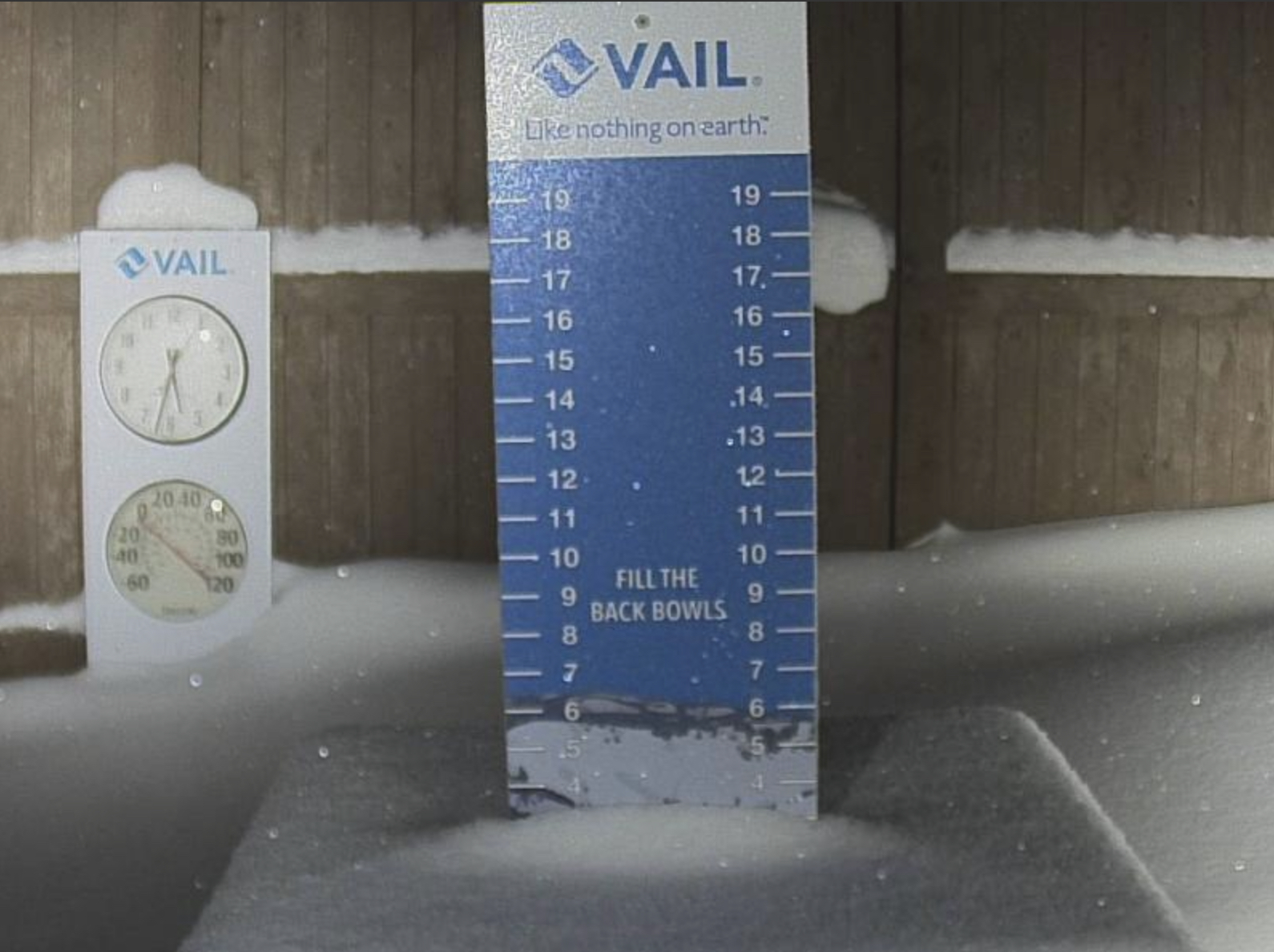 A small wave came through Colorado yesterday and brought 1-3 inches to most mountains.  The first storm of the Active West Pattern begins Saturday night in the Pacific Northwest (PNW).  Meanwhile, another nor’ easter impacts the east coast today with heavy snow and blizzard conditions.

There are some unfavorable things happening, this cycle, off the coast of California.  For the first time this winter, there is a blocking ridge that has formed in an unfavorable spot for the sierras. This pattern has caused our first bust of the year.  The blocking pushed the storm, that was predicted to hit the Selkirk mountains of Canada, east.  The storm was on time, just too far east to hit those mountains.  It was an incredible run, 20 straight, that tells you the pattern was spot on.

What is causing this push to the east?  First, the North Atlantic Oscillation (NAO)is neutral and is projected to remain neutral for the next 2 weeks.  Next, the Artic Oscillation (AO) is projected to dive negative in the next week–this influence will help with the strength of the storms.  When the NAO is flat (right arrow second chart) it creates a choke point in the Atlantic altering the exit of the storms off of Greenland. The blocking high creates a choke point to the west.  The incoming storms are squeezed in the middle.  That blocking high is pushing the track to the east.  The Trifecta will still hit the intended targets, because it is a big storm, but the higher totals will be farther east. 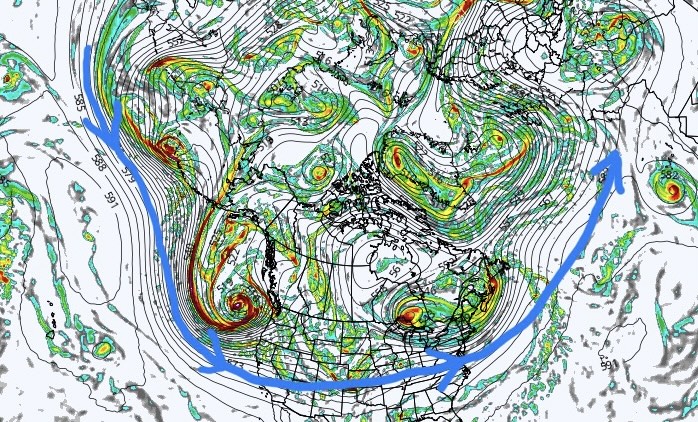 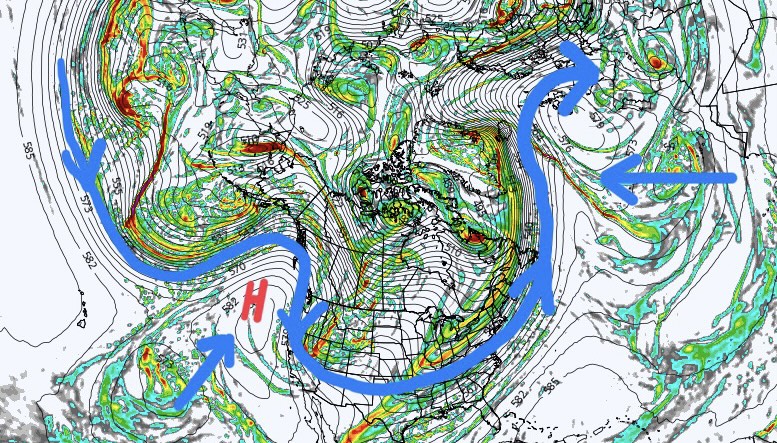 I am hopeful that this is temporary.  In both cycles 1 and 2, the AO was negative, predominantly during the Active West phase, as was the NAO.  The Maddan Jullian Oscillation (MJO) has been weak all winter and is not having an effect on the pattern.

You can see the shift of the pattern path in this next 4-day storm total forecast from the GFS.  The good news is that this is a similar start, to the cycle, that occurred in cycle 1.  The Trifecta storm missed east, of Tahoe, with the first measurable storm hitting on day 17.  That storm is on our prediction chart for Feb 12th.  There is plenty of time for the models to shift.  The Idaho and western Montana resorts will benefit from this pattern shift. 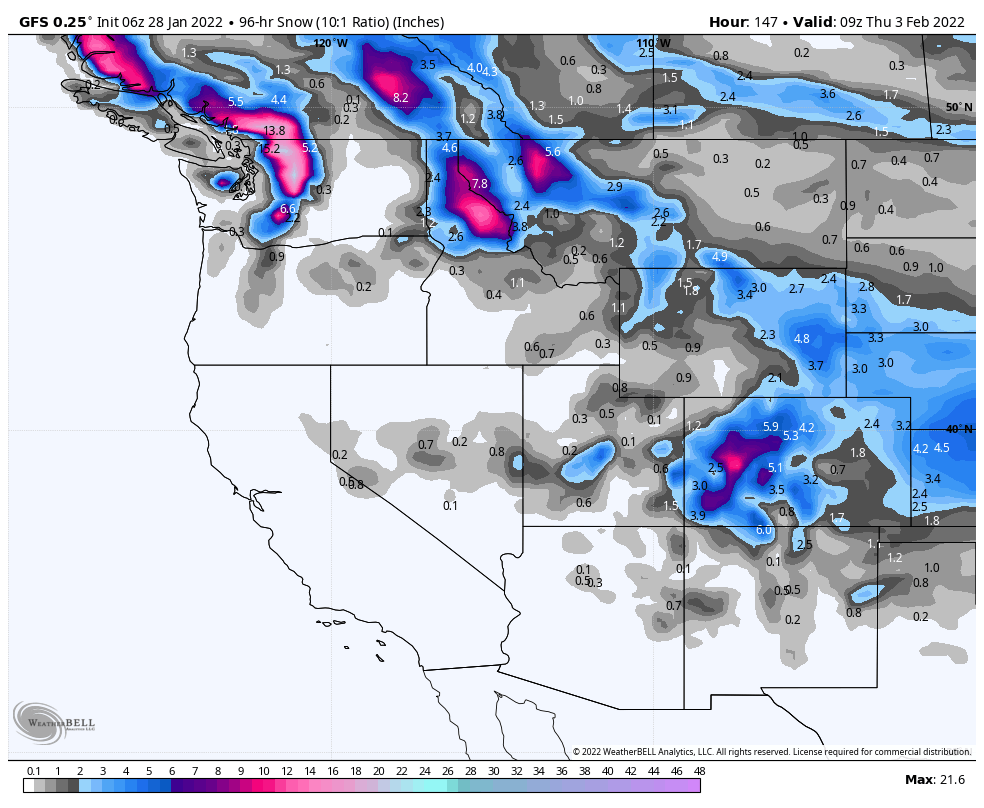 The storm arrives to the northern Cascades late Saturday night and ramps up Sunday.  Snow accumulations by Sunday evening should be between 5-10 range for Crystal Mountain and higher totals for Stevens Pass.  Stevens Pass is in a more favorable position for this storm path, snow accumulations in the 6-12 range.  There will be less snow for lower elevation resorts such as 49 Degrees North.

The southern Cascades ramp up by Sunday evening with 3-6 expected by first chair on Monday for Timberline and Mt Hood Meadows.  Mt Bachelor is on the low end of the totals with 1-3.  Light winds for all of the cascades with freezing levels around 5000 ft.

Thanks for reading the blog, as always if you have any questions or would like a personal forecast for an upcoming trip, send an email to Mike@FutureSnow.CO.