A Look Back at November

November is in the books and let’s take a brief look back. here is the comparison between November this year and last.  There are some similarities to last year, in these back to back La Niña’s. Quite a few more dry holes, such as the Los Angeles area up through Nevada.  Then there is a huge swath through the CONUS from New Mexico up to Canada. 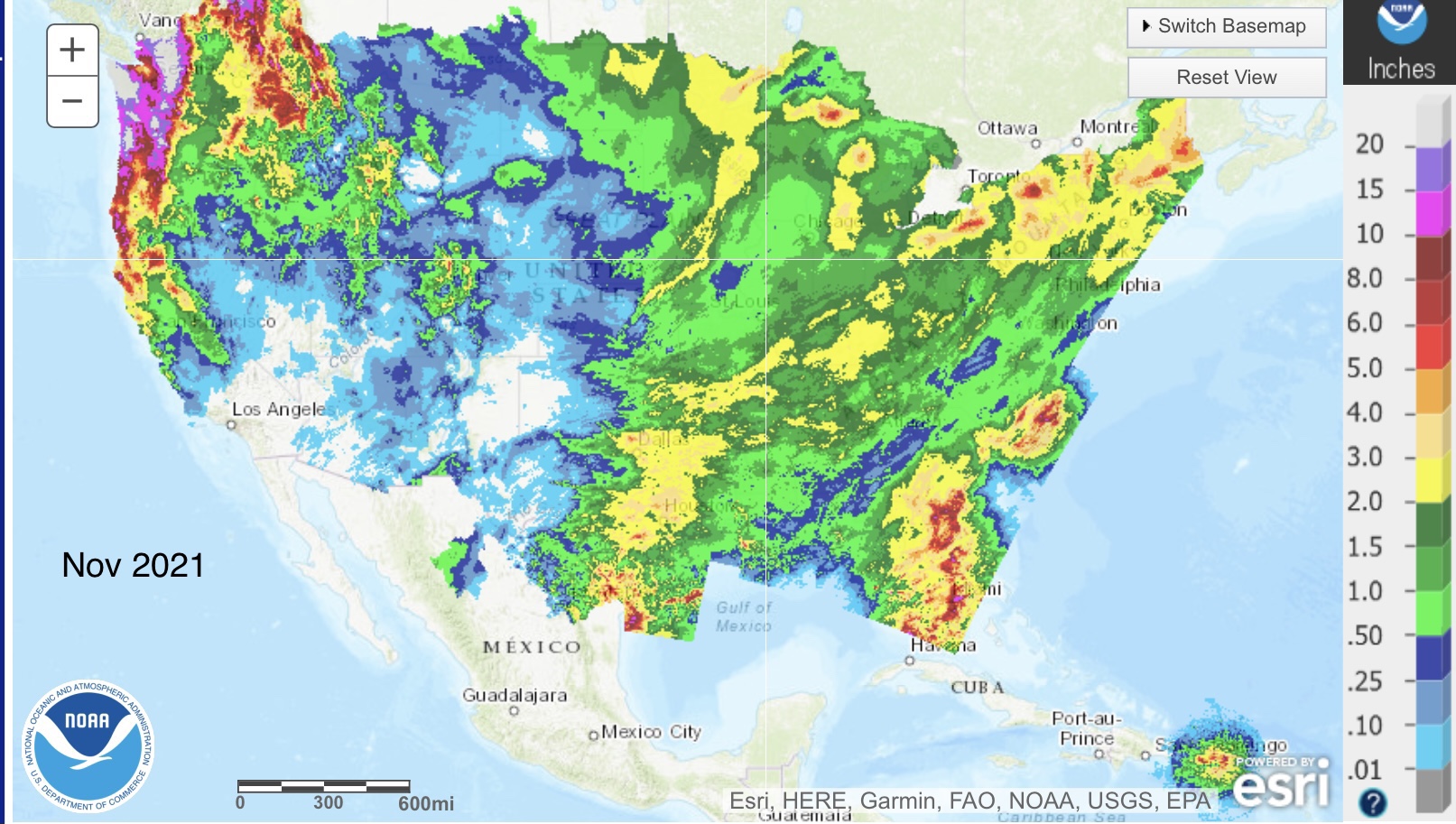 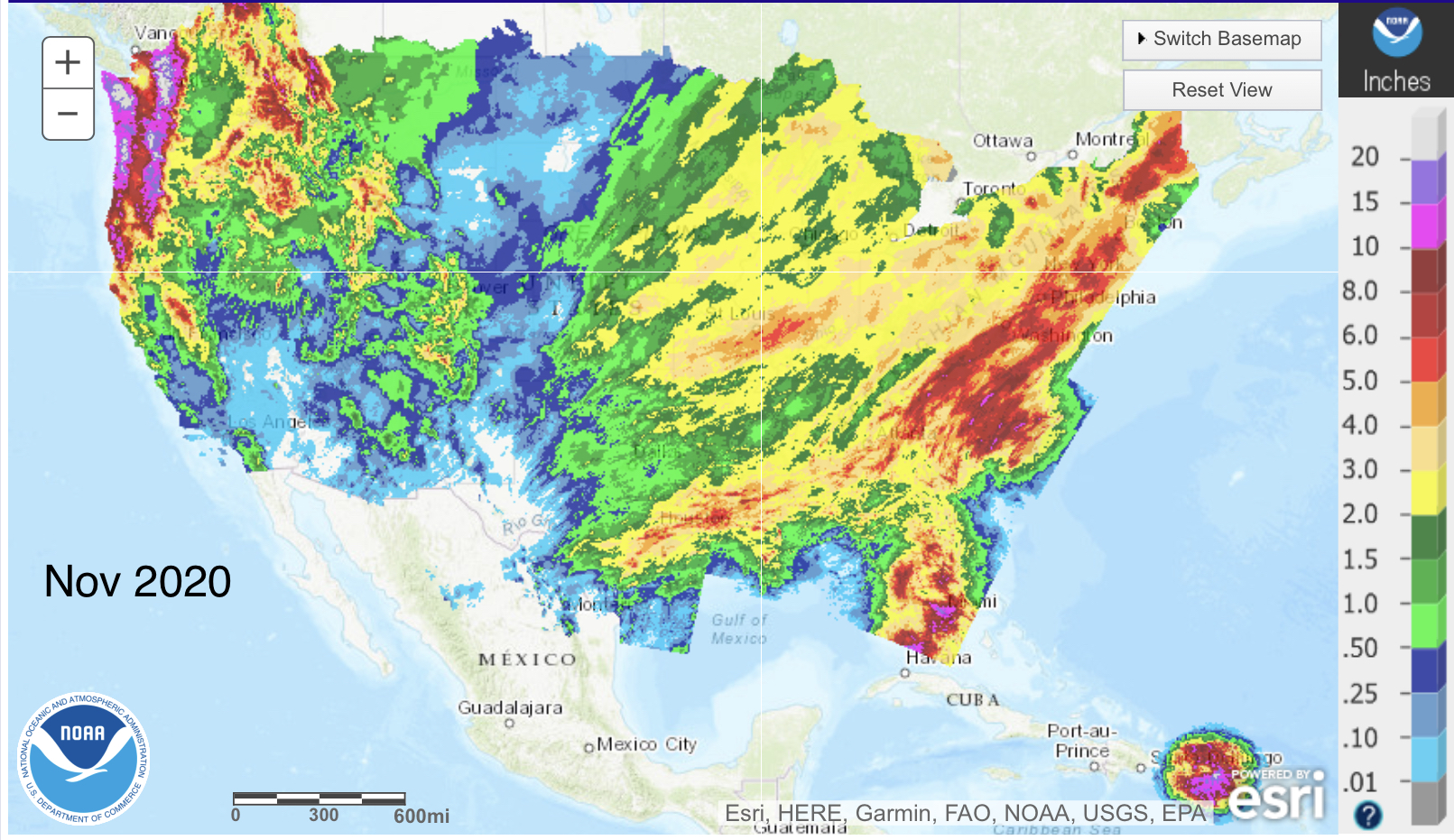 Now compare the last two November’s to October of this year  October was very wet.  The precipitation holes were much smaller, but still there.  What we can infer from these “donut holes” is that they will continue.
The Pattern does not reach those areas, so the only thing that can change that are cut-off lows or a deep trough that redirects storms from the normal path. 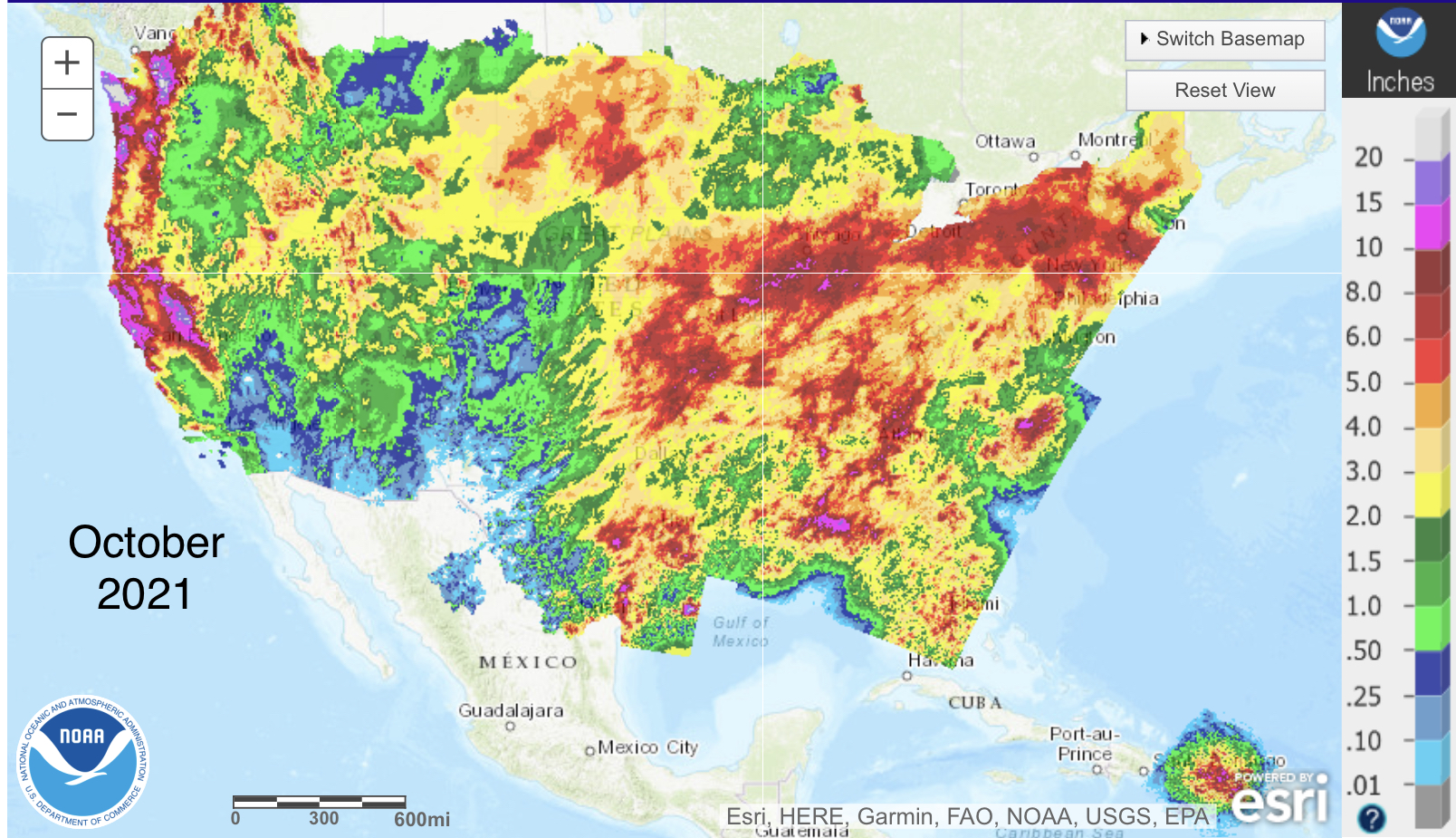 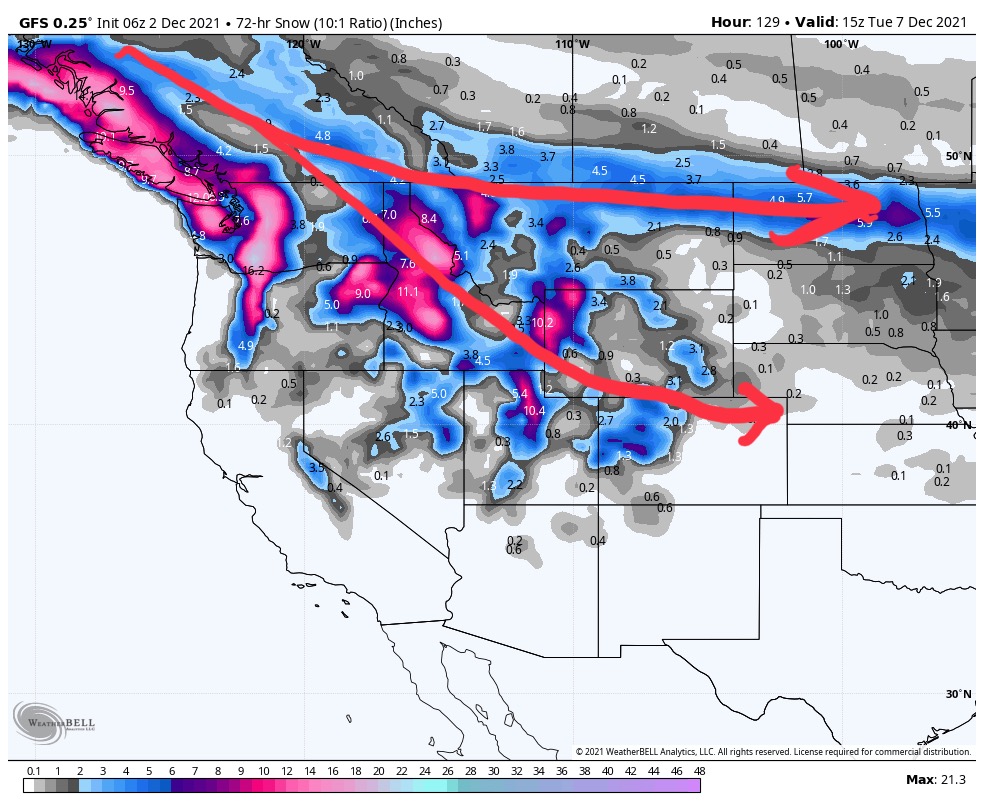 So we can conclude that, this years pattern, December will be wet, and January will be dry.  The good news though, there were small systems that came through, during that dry period, that will be much larger the next time through, due to the strength of the jet stream.

The length of the cycle does not exactly lineup like what we saw in October and November, but it’s close. 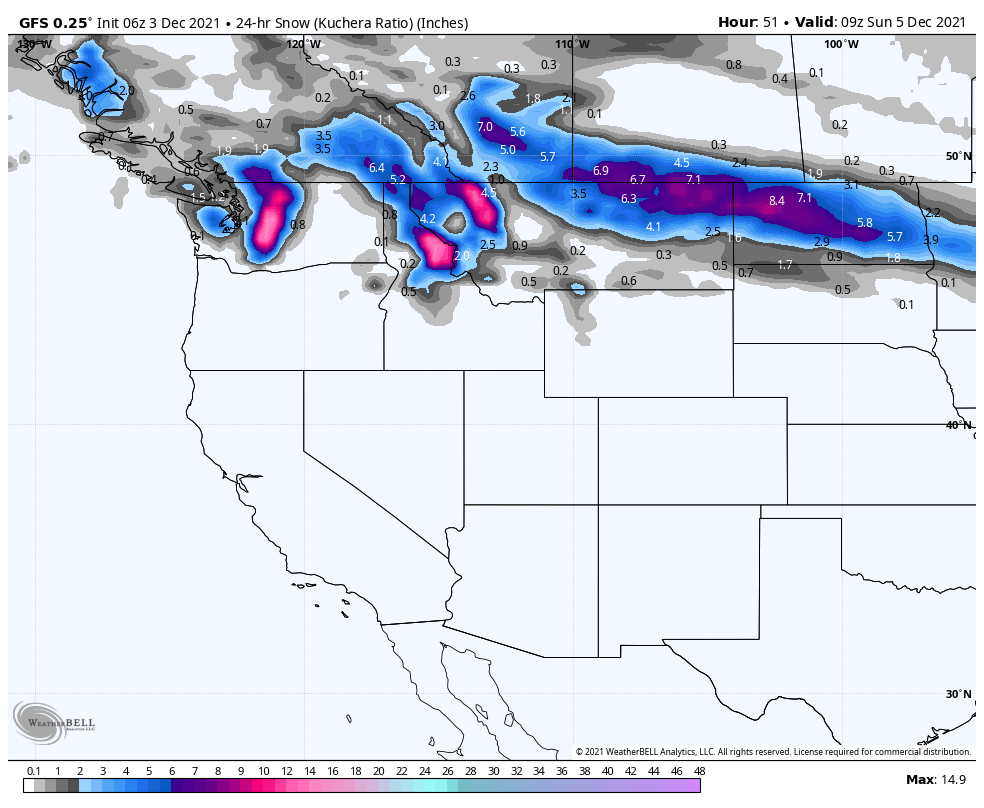 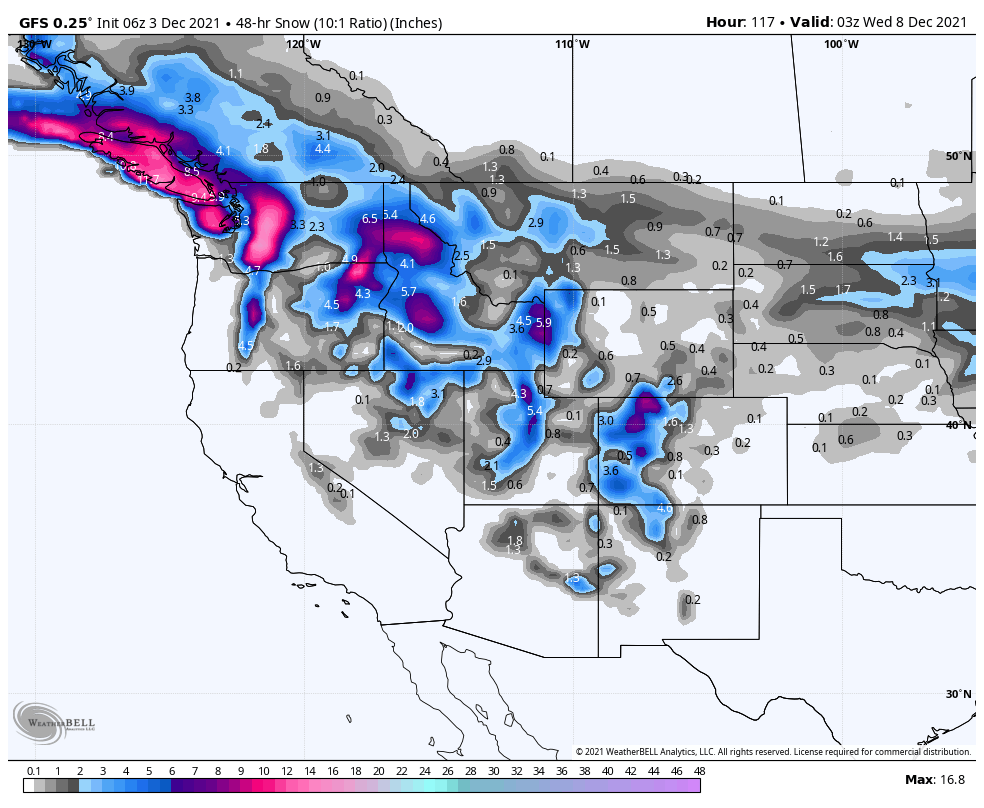 The next wave in this series of storms begins from the British Columbia coast on Monday 6th.  Tuesday, the storm arrives in Utah and western Colorado.  Wednesday eighth, the storm moves through New Mexico. 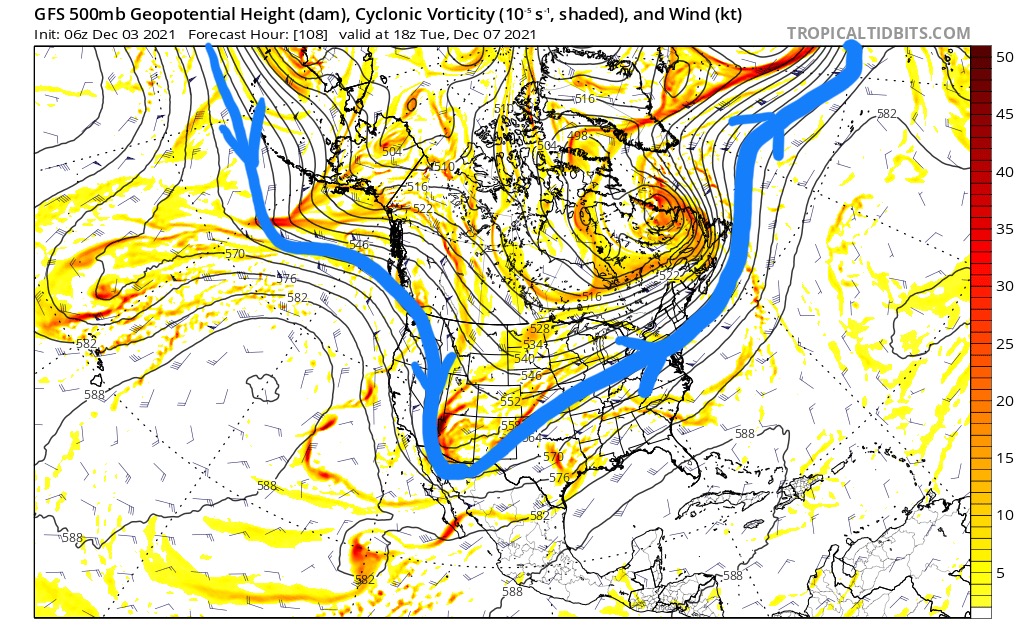 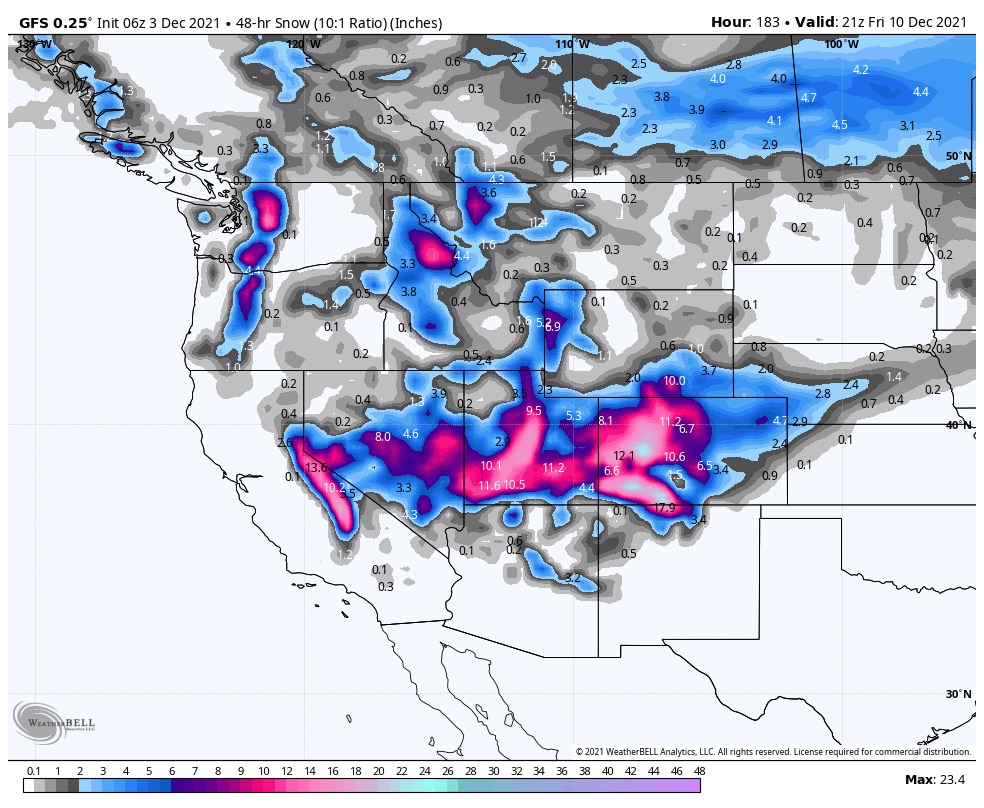 If you’ve been following along you’ll remember the storm I coined the “Trifecta”.  That storm Returns on the 9-10th.

Much more to come!

Thank you for reading the blog, if you have any questions, as always, feel free to comment below, or send me an email to Mike@FutureSnow.co.