The next system begins in the Cascades tonight as an offshore trough moves in.  It will bring with it a fair amount of moisture, double digits are possible, but temperatures and snow levels will be an issue. 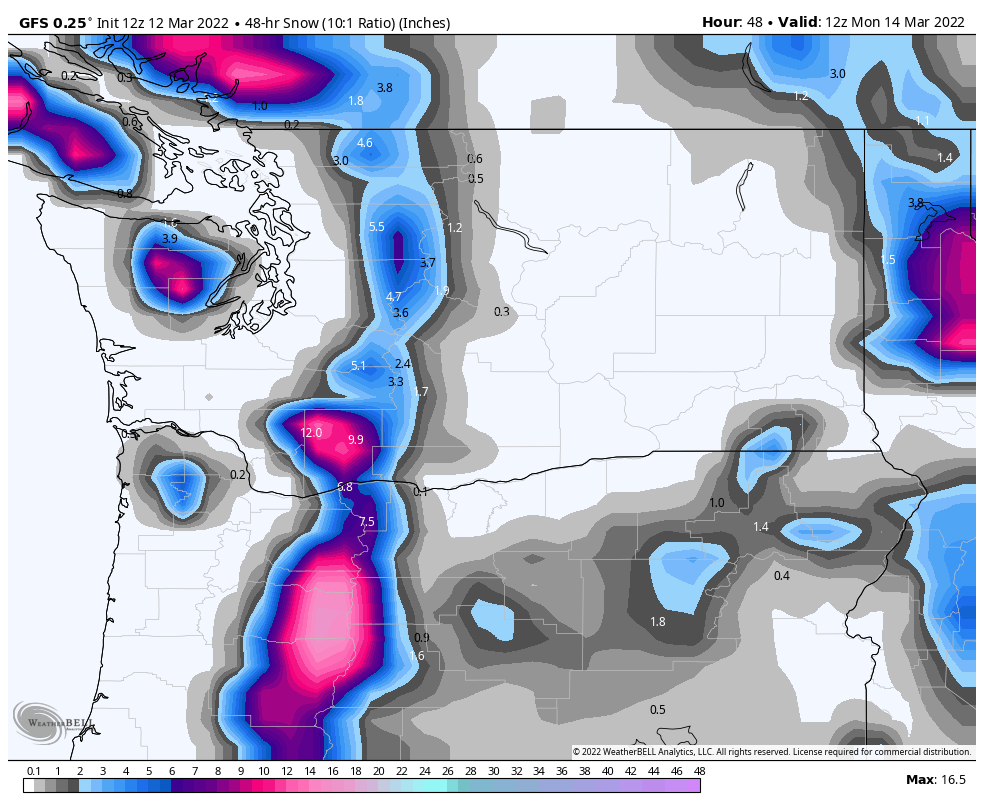 Snow begins to move in around 4 o’clock  expect windy conditions and gusts up to 35 mph as the front approaches. Temperatures will be warm with high temp around 40, at 4500 ft.  Snow levels at 8000 falling to 2000 by midnight.  Snowfall will be in the 3-6 range with more possible if temps fall a little faster with heavy bands.

Expect another 1-2 as the system moves out.  Base temperatures (Crystal Mountain)near freezing, with mountain top mid 20’s.

Similar conditions as above, high snow levels falling to 2000 after midnight.  There is a little more moisture available, so I’m expecting 4-8 overnight, if temperatures are as expected.  The low temp overnight will be around 30, @ 5000 ft, so Timberline and Mt Hood should fare well.  Summit temps should be in the mid 20’s range.

Snow all day at Mt Hood and Mt Bachelor with another 4-6 expected, temperatures should be near freezing all day, at 5000 ft. 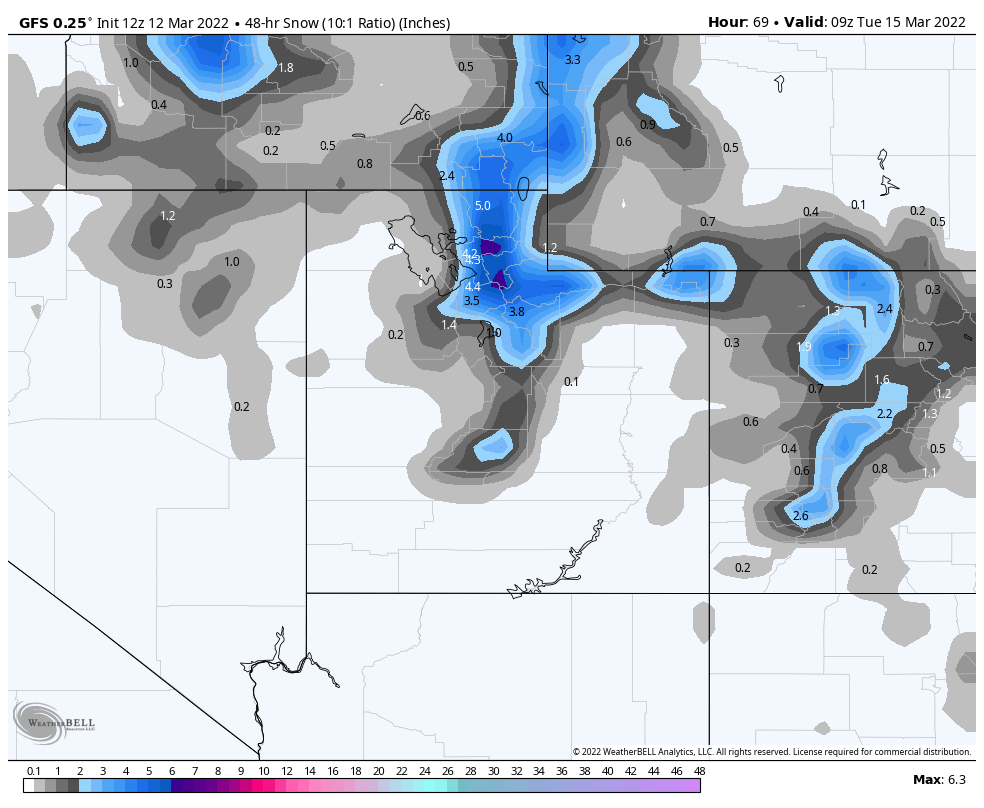 The storm arrives tomorrow, around 7 am.  Good temperatures for snow, in the lower 20’s, with moderate west winds 15-20 mph.
Not a lot of snow with this wave is expected, probably around 3-5 for the cottonwoods Snowbird and Alta, but there could be a surprise, as I expect the strength of this wave to grow.  Another 1-2 overnight before the system exits. 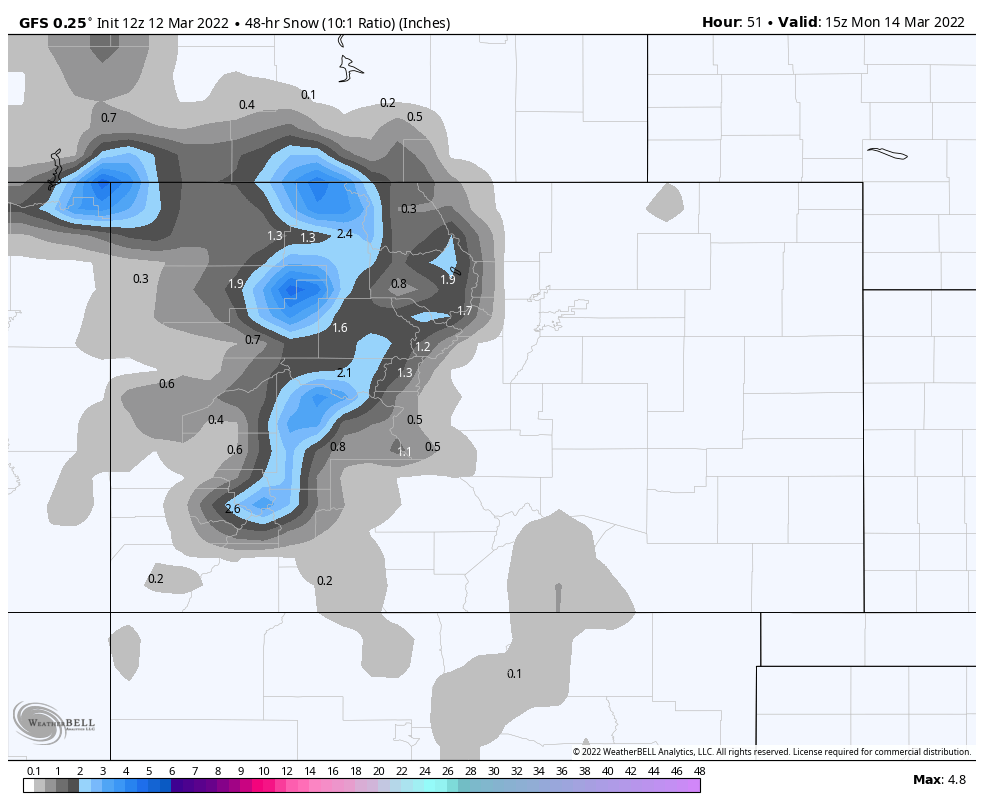 Not a big system, as it stands now, but I am expecting this storm to grow as it approaches, nevertheless, 1-3 for most mountains with the exception of western and southern mountains, which as of the last few model runs, will be in the 0-2 range.  Temperatures will be warm, as the front approaches, but the wind direction will change from south to west, then temps will fall.

I will monitor and update when something changes.

All Pattern Storms thru Mid-April

This is a reprint of our prior spring break forecast back in mid-February. 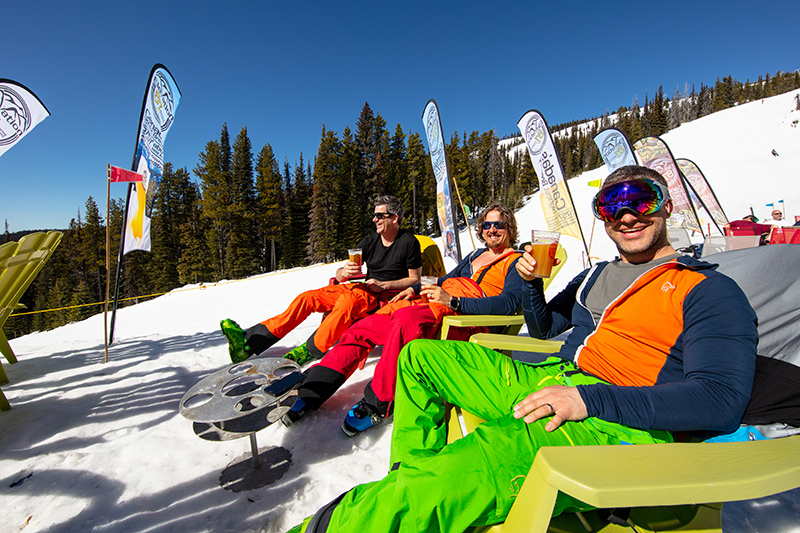