By Mike HolmDecember 6, 2021No Comments

Santa is going to deliver Powder this year.  Christmas Eve to the Pacific Northwest, Utah, and Christmas Day to Colorado!  This part of the pattern just happens to line up favorably for a white Christmas.  Let’s dive into the details from when this storm came through last, and what to expect this time around.  First, it was way back in October during the Active West part of the Pattern.  Here is the MSLP (Mean Surface Level Pressure) map from the last time through in October. 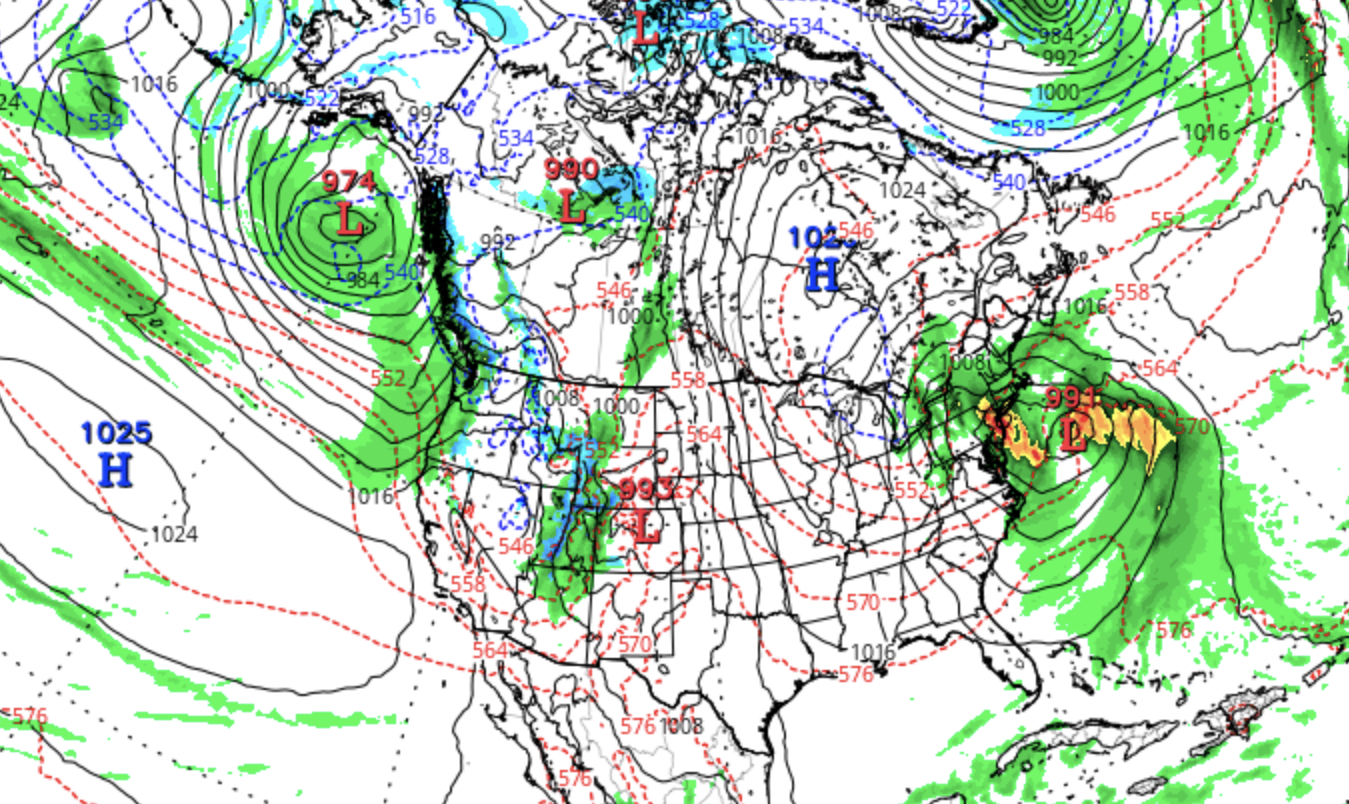 This will have a similar look on Christmas Eve.  This all gets started off the west coast, on the 22nd or 23rd, with the Low centered about 500 miles west of the Washington Oregon line. The outer bands of the Low hit San Francisco and moved inland to Tahoe.    The storm will move through the PMW and Idaho before reaching Utah on Christmas Eve.  Overnight Christmas Eve, or earlier in the day, Tahoe should get 2 plus feet.  If it doesn’t come through Tahoe I’ll explain why later.

This is the daily precipitation map of this storm, as it relates to Christmas Day. 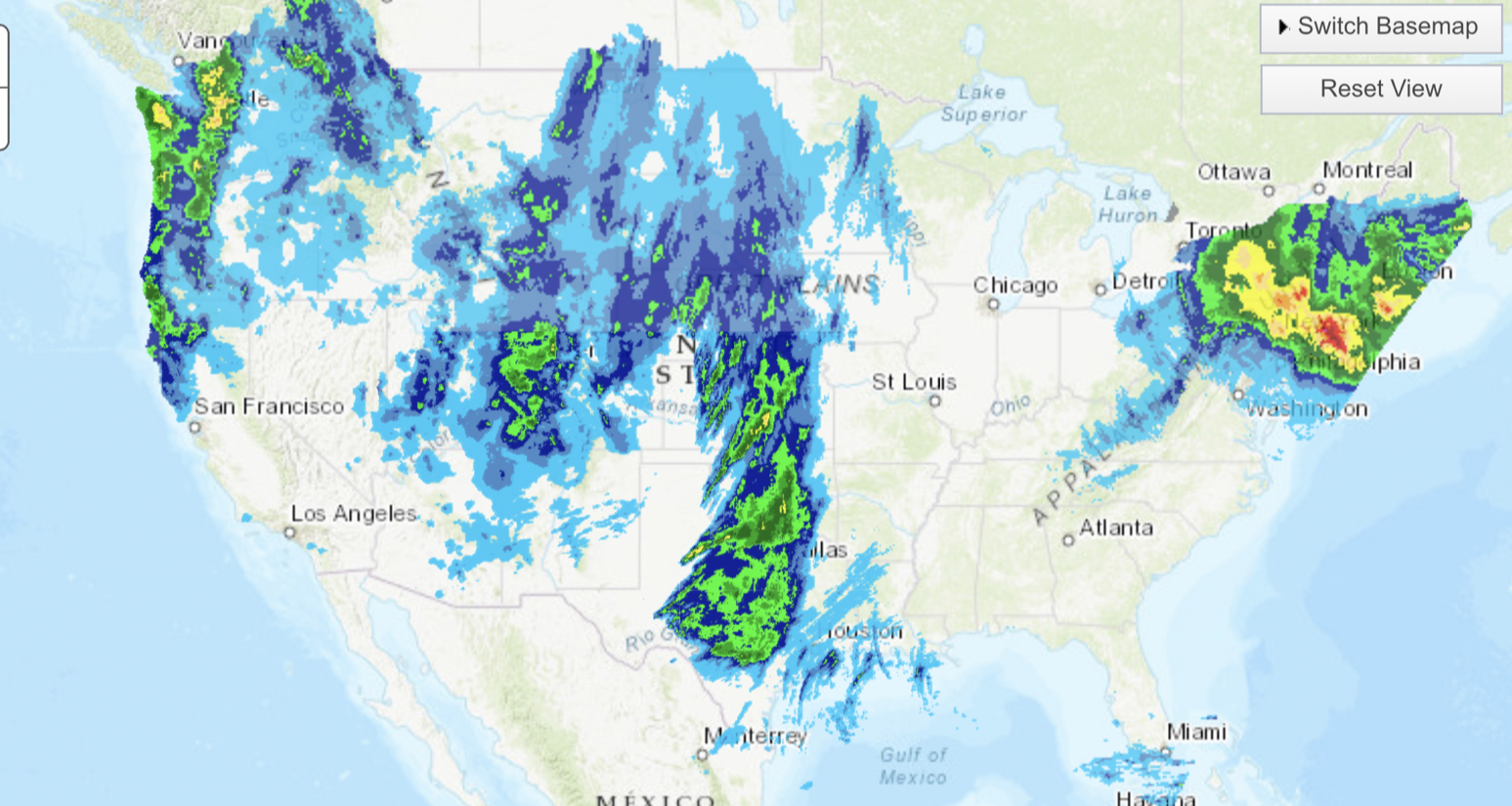 This, hopefully with cold temperatures, will be all Snow.  That is one of the questions, “what will be temperatures be for this storm”?   Models do not go out that far, and even if they did, they wouldn’t be accurate.  The GFS 384 hour for Tuesday the 21st does have favorable temps. 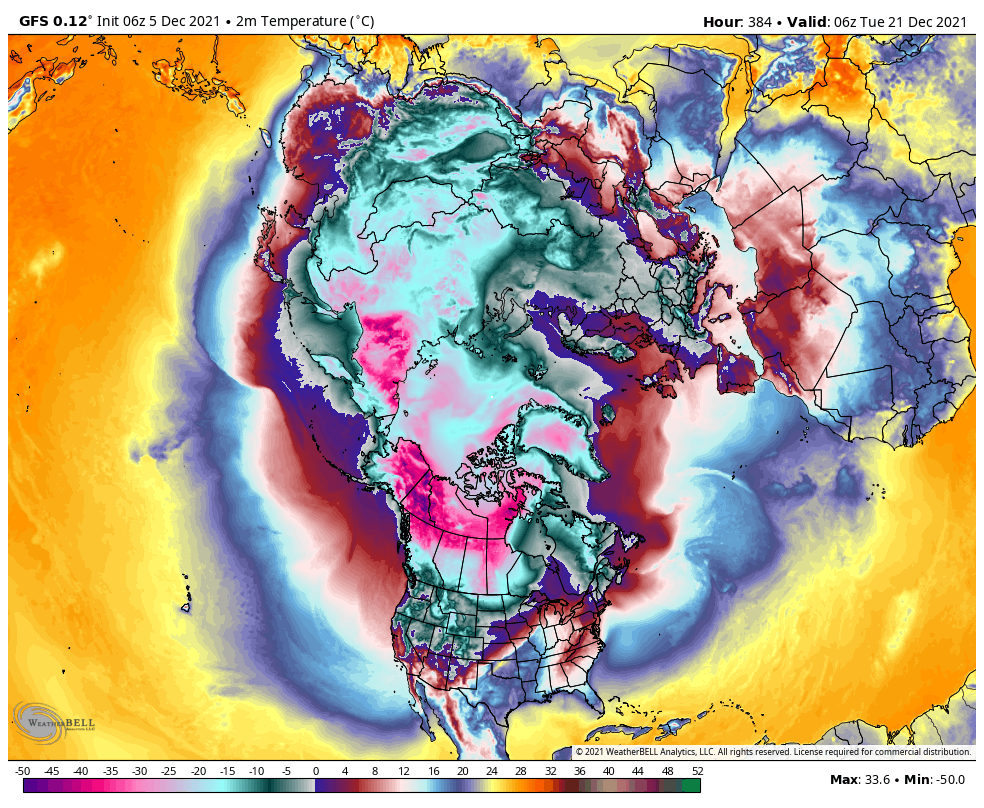 There is a lot of cold air in Alaska and the Yukon.  I’ll keep an eye on this until we get a little closer.

PNW Monday:  Snow in the mountains with freezing levels rising to 5-6000 ft.  Total accumulation expected 6-12 for Crystal and 12-18 for Stevens Pass

Utah Tuesday:  Snow begins in early morning hours.  I think we will get the benefit of an area of lift that may enhance totals.  2-6″ but more with the right conditions.

Colorado Tuesday and Wednesday:  Similar to the Utah forecast with a general 2-6″ for all mountains.

Idaho NW Montana Thursday:  Decent agreement from the models for 8-12″ during the day Thursday.

Colorado Thursday:  6-10″ for the northern mountains and 3-6 for the southern mountains.  Last time this system came through it was all rain.

The 3rd wave looks to be very similar to the last time it came through back in October.  With a northern wave, and an offshore wave off the coast of San Francisco. Last time through this was the biggest wave with double digit totals for Montana, Utah and Colorado.   More to come on this wave later. 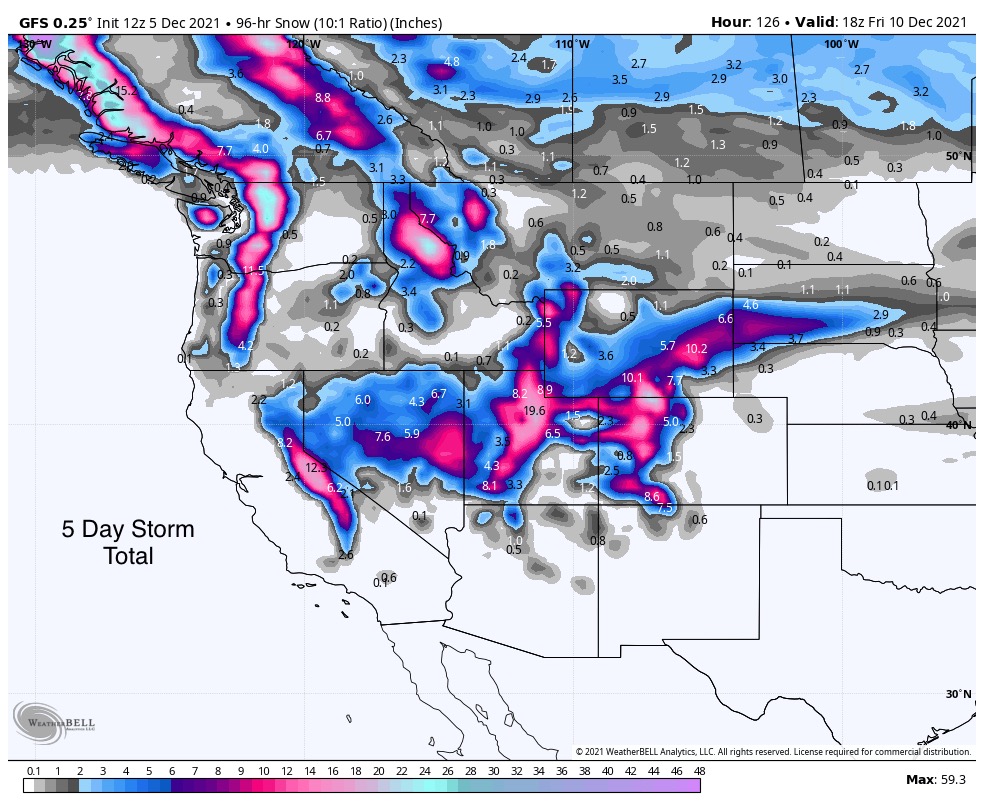 Christmas Eve and Christmas Storm (above)