We are underway in the Sierra, the storm arrived early this morning.  Rule number one in weather forecasting is look outside.  We have snow on the cameras at Kirkwood and Palisades.

It’s a beautiful sight, it’s been too long, just 15 inches in March for both Kirkwood and Palisades.  Both resorts are in sitting below 50 percent of their snowpack for this time of year, after having a stellar December—now just a distant memory.

Snow today in the Sierra, heavy at times with snow levels around 6-7000 ft. Kirkwood and Palisades are still in the sweet spot, that we discussed yesterday.  That system progresses east to Utah by 3 pm, then Colorado after midnight. 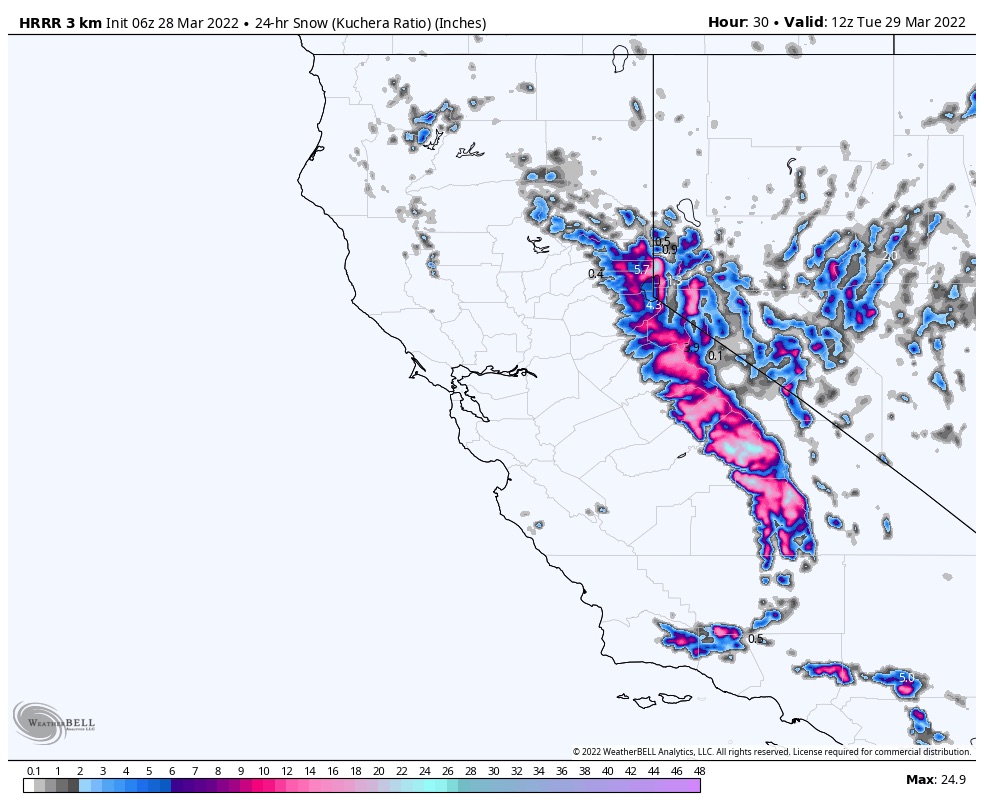 Snow today with some thunder snow possible.  Snow levels around 6-7000 ft with moderate winds 10-15 mph with 20 mph gusts.  The best snow will be along the crest with 4-8 expected and 6-10 possible at the summit.  For the east, central and west expect 0-5 with the best snow above 7000.  The storm exits tonight by 8. 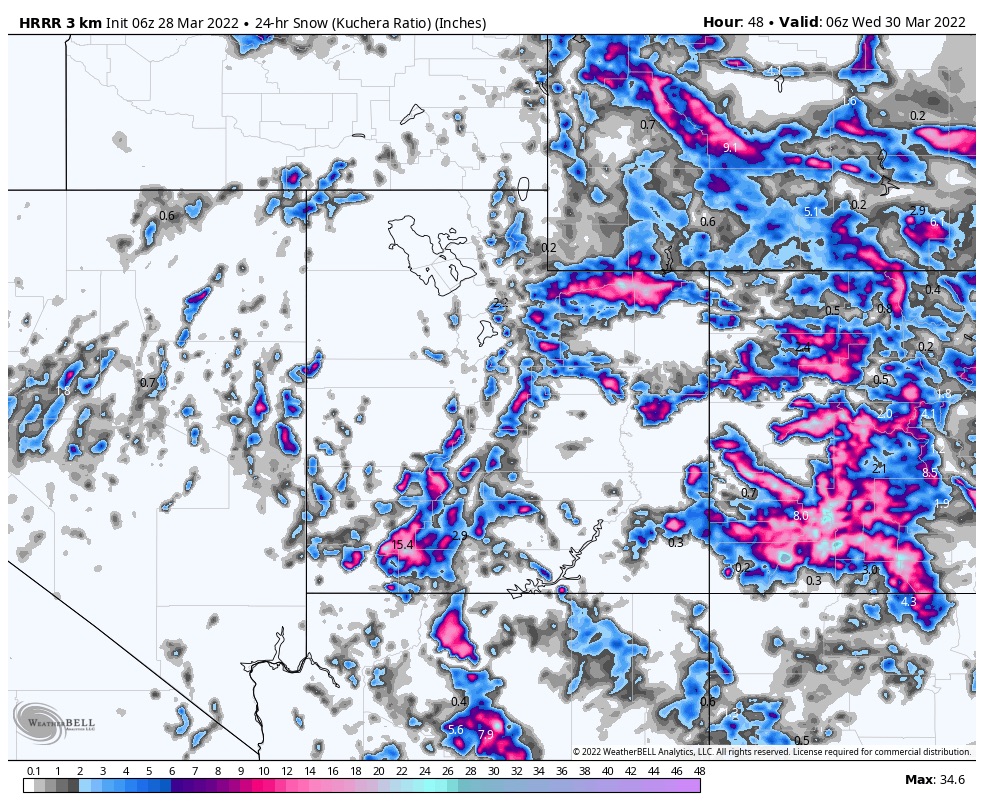 Snow begins around 3 today and snow is in the forecast all week, the bulk of the present system begins after the lifts stop spinning.  Expect 2-4 by morning for Alta, Brighton and Snowbird.

Tomorrow Snow with moderate winds 10-15 mph, thunder snow is possible.  Snow totals for the day in the 2-4 range.  Tomorrow night another 1-3.

That system moves out Tuesday night and the clipper system, we talked about yesterday, arrives Wednesday night/Thursday. 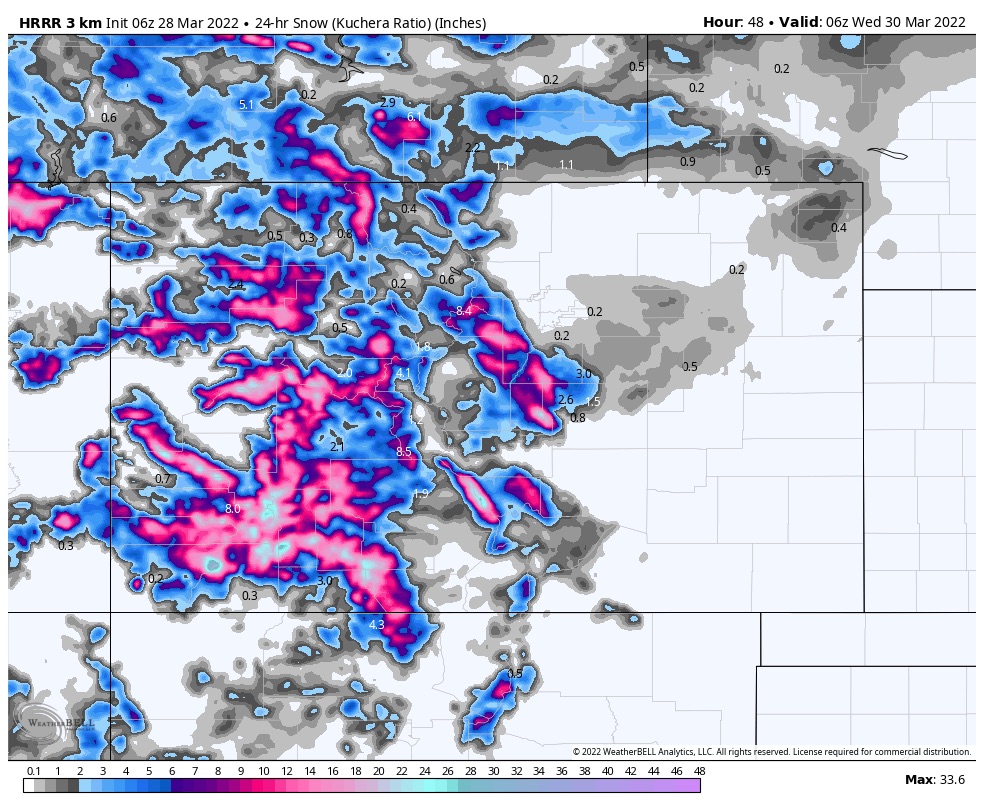 Snow begins after 1 am for the resorts along I-70, a little earlier for the San Juan mountains, with some thunder possible.  Expect 1-3 for most mountains overnight with 2-4 tomorrow and another 2-4 tomorrow night.  Winds will be moderate in the 10-15 range.

That system moves out Wednesday and another system, the clipper we talked about yesterday arrives Thursday afternoon.