By Mike HolmFebruary 3, 2022No Comments 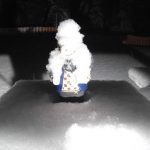 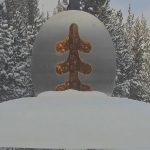 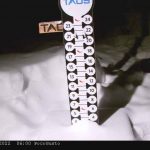 The storm moves out and on to the east coast today with a nasty mix of snow and ice.  The moisture has cut off in the west and has moved to the east. The storms are coming through, generally on time, but with less energy.  Changes may be on the horizon to bring more fuel to the storms.

I don’t have any science to back this up, but I believe that an equal amount of precipitation falls everyday–somewhere.  When you look at hemispheric charts, the precipitation is lit up somewhere, if not here than Siberia, or over the ocean during a Deadliest Catch episode.  The moisture from last cycles atmospheric river has shifted.  Hopefully, with the blocking high off the west coast projected to migrate northward, will open the door back up for the west.

The Trifecta storm, that is due next, appears to be blocked by the double barrel high we discussed yesterday.  It will still hit the PNW, and it does look like one wave will sneak through to Colorado, so we will keep an eye to see what develops.  The storm that follows the Trifecta does appear to get through.  The blocking high breaks down about the 12th.  The storm is trending late due to the system having to go around the high.  That leads us to Presidents Day.

Our Presidents Day forecast is looking good.  The models are still way out there (324 hrs) but there is agreement that a good storm will arrive in the PNW and reach Utah and Colorado by the 16th.  That storm may be the one that takes the lid off of Tahoe. 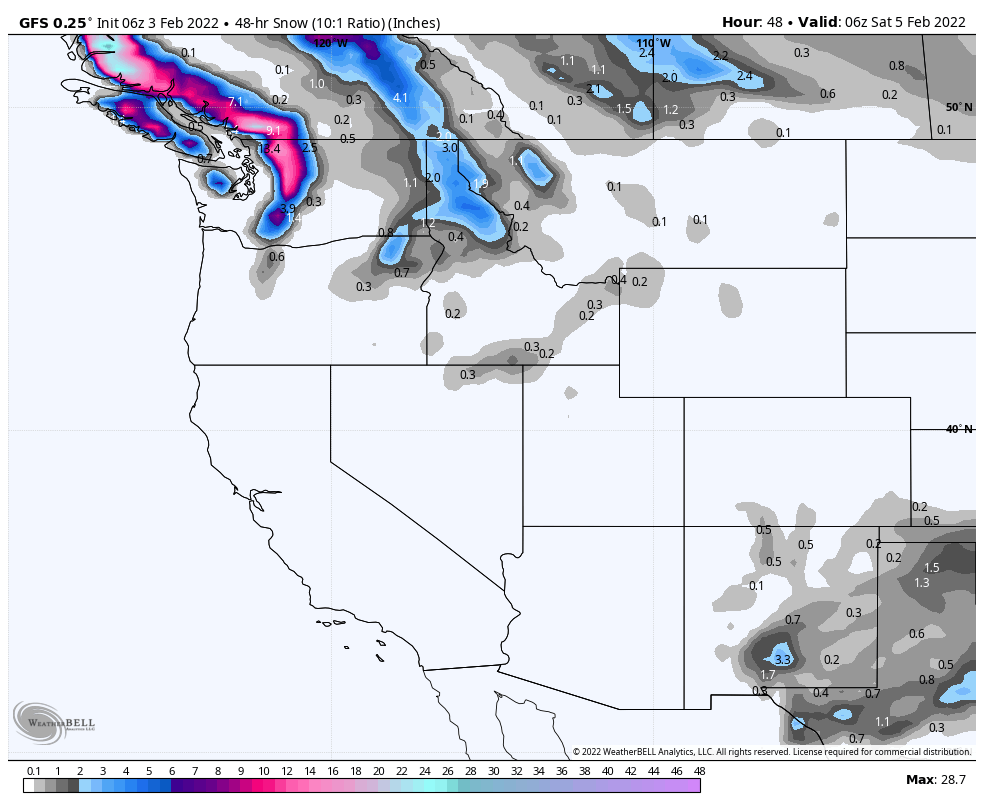 The next round is already in the PNW.  The northern Cascades are the focus of the present system, but the southern Cascades might get an inch or two.  The snow stake at Crystal shows a couple inches this morning, with another 1-3 possible this morning.  Similar expectations for Steven’s Pass.  Conditions are a little warm, with highs today around the freezing mark with light winds.  The Next system hits Friday morning (Trifecta).

Here is your 10-Day outlook: 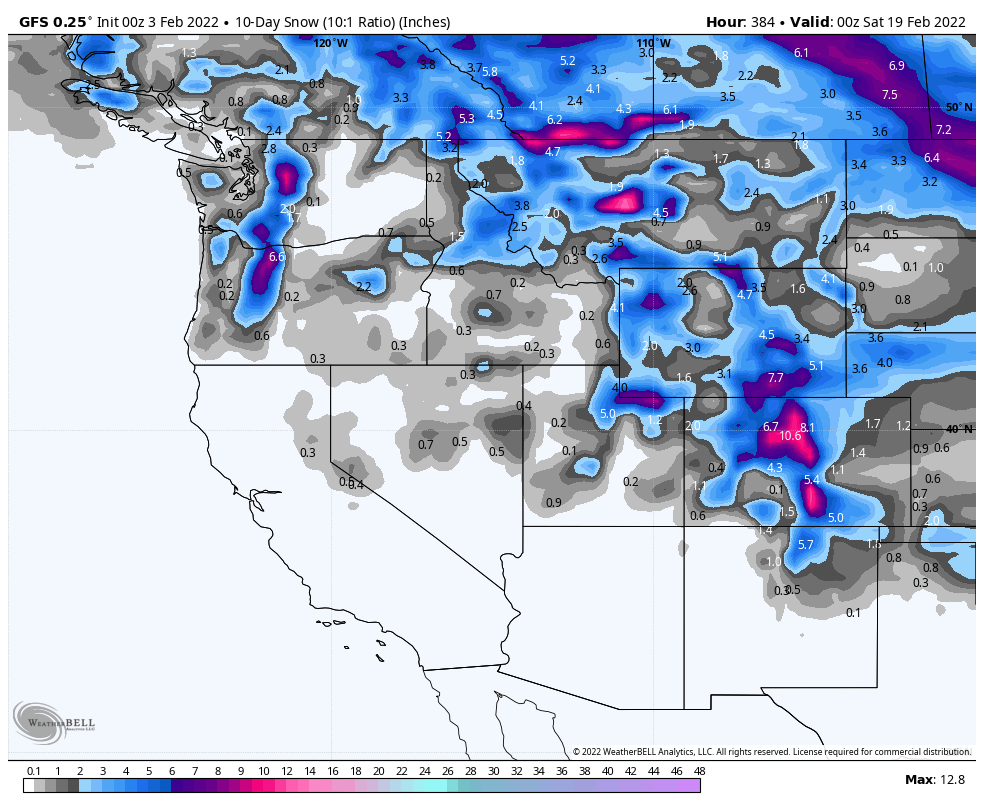