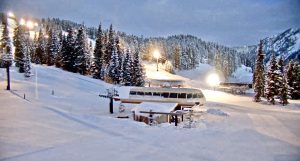 There is a northern track storm, beginning tonight, that will bring snow to the Pacific Northwest Cascades, skirting the Sierra, and sliding across Canadian resorts Whistler, Revelstoke and Banff.  This Cycle, it is looking similar in size and strength to Cycle 2.  Below is a look back at the series of storms that will be occurring next from the Cycle 2.  It begins Dec 6th is day 3 of cycle 2, which corresponds to April 13, or last Wednesday.   Then the Trifecta looks to return strong around the 21-23rd.

Compare the above video to the present cycle below, over the same timeframe in the cycle.  This video begins last Wednesday and is projected throughout the same timeframe, ending this Saturday.  Remember, the first half of the video has already happened.

Below is the projected snowfall throughout the same time period.  First the GFS model with the European model following.  They both have the first storm down but differ on the second storm.  I believe the Euro has the second storm path correct, with the trough digging a little deeper into Colorado.

Closing weekend at Kicking Horse resort in east British Columbia, about a 2.5-hour drive from Calgary, on the fabled Powder Highway.  There were quite a few resort closures this past weekend, but there is more snow to come. 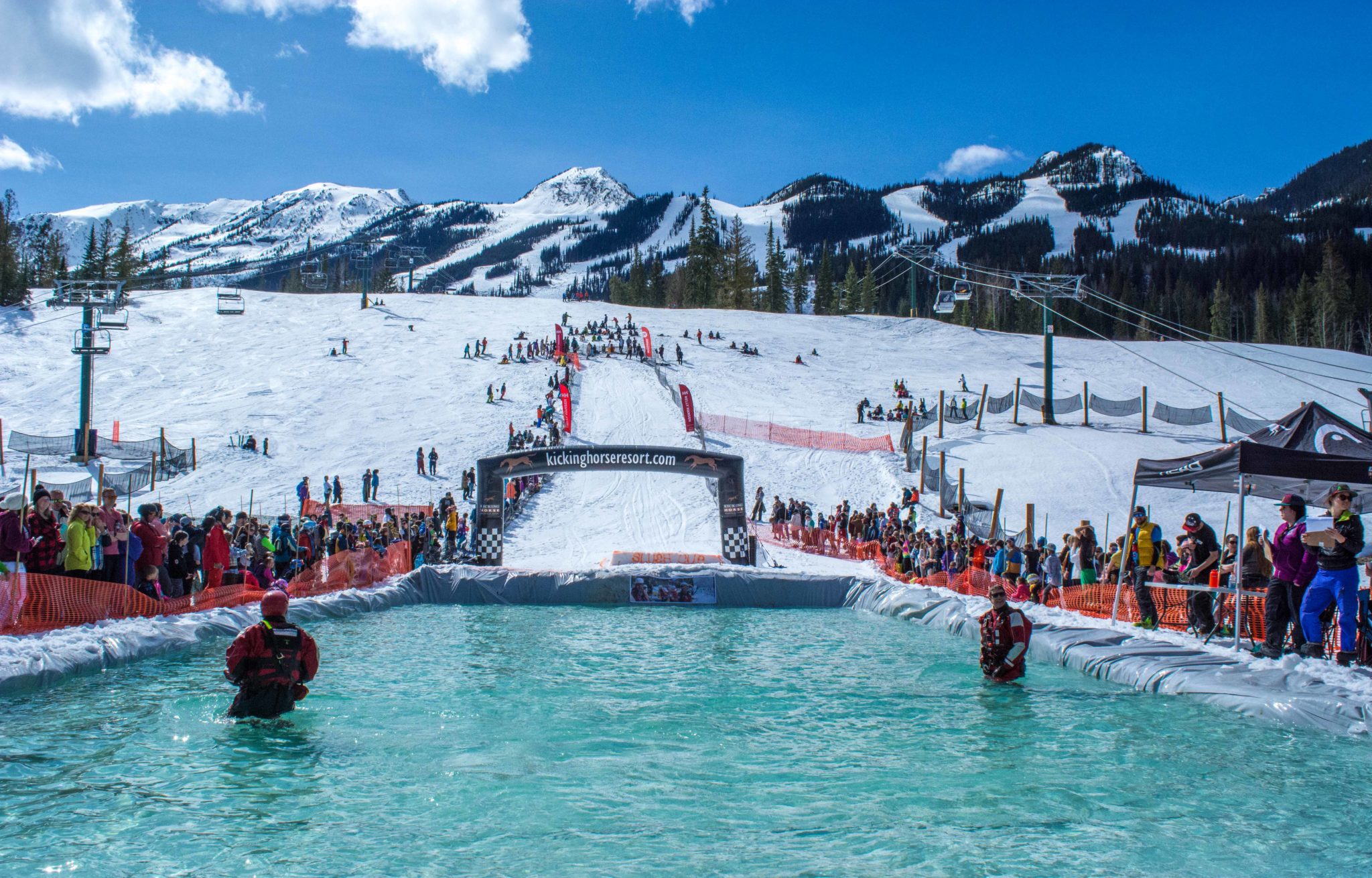 The next system arrives this morning and will bring snow to the Cascades, again, around 8 am for the northern Cascades and noon for the southern Cascades.  Winds will be from the southeast 10-15 mph, switching to the southwest late today.  Snow accumulations between 5-10 today with another 2-4 tonight, for Crystal, with Stevens receiving much less, between 1-2 today with 2-4 tonight.

More snow for Tahoe, Woohoo!  Snow moves in tonight, after midnight with strong winds between 20-30 with 50 mph gusts.  There should be 1-3, 2-4 before the lifts start spinning at Kirkwood with 3-5 throughout the day.

This is the primer for the bigger storm that arrives Thursday.  Strong indications are that this storm, the Trifecta, will bring up to a couple of feet. 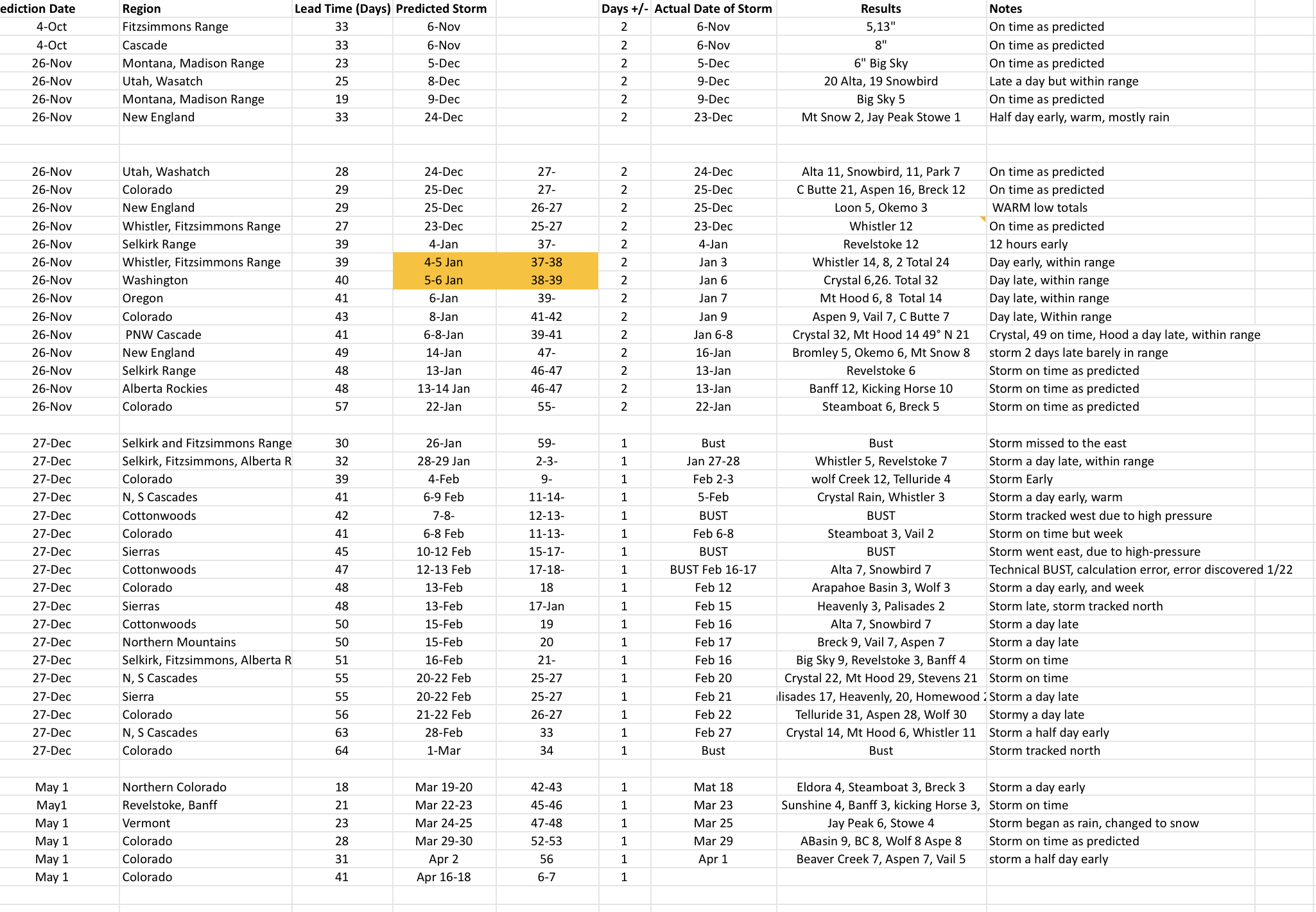