The next system has already moved into the Pacific Northwest with scattered snow showers from Washington down to Oregon.  I tried to get some Tahoe resorts snow stake pictures, but the wind was not cooperating.  Temperatures were an issue with freezing levels remaining high with the strong atmospheric river AR. Below is the Heavenly cam–best I could do is measure from the structure in the background.  The storm exits California and moves east to Utah, then Colorado overnight tonight.  The next storm for Tahoe is moving in late tomorrow. 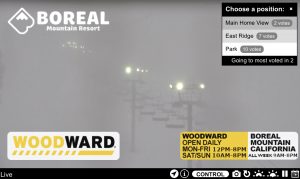 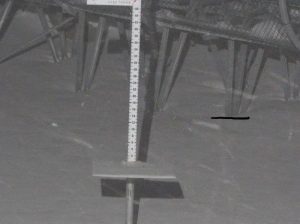 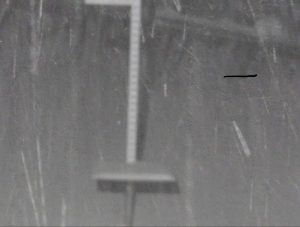 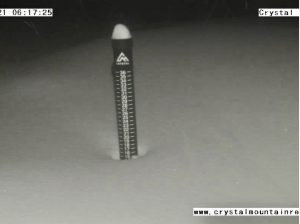 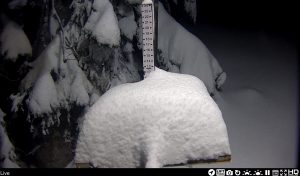 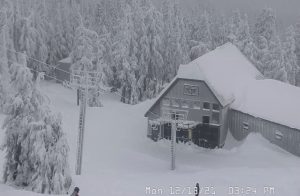 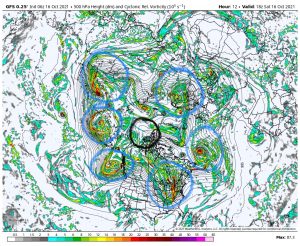 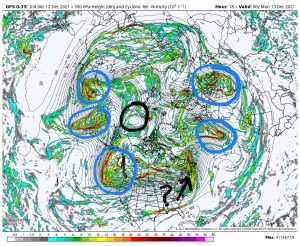 Two photos, one pattern.  The weather has been repeating all of these years and we had no clue.  There is a lot to understand by just these two pictures.  Those of you that have been reading may remember the first frame from an October post.

First, they are very similar.  You see the deep trough setting up, in the Gulf of Alaska, with a very similar vorticity rate (VR).  Vorticity is the scale at the bottom of each frame.  Vorticity is a good way to measure the strength of the storm.  When you see a VR in the high 40s, it is really strong. The October frame has a VR in the mid 20’s.  As expected, the VR of Mondays storm is a little stronger, due to the time of year–around 30.

You will also notice that a storm is missing, hence the question mark. Here is where the teleconnections can make a difference in the outcome.  The strong positive Arctic Oscillation (AO) and the North Atlantic Oscillation (NAO) have influenced the storm and it has shifted farther east.  On the Pacific side, the Madden Julian Oscillation (MJO) and the Pacific North American (PNA) influence the storm track on that side of the CONUS.  Last, the black circle in both frames, is the polar vortex.  In October, the PV wasn’t established, but you could see where it would fix during the next cycle.  As expected, it fit right in the slot.

These next two frames are another example how the teleconnections can influence the outcome. They are the precipitation patterns for the same day in the cycle for October 13th, and December 11th.  Notice how similar they are–except for the glitch. The December pattern has shifted east, due to the strong AO and NAO.  That deadly tornado outbreak could have been farther west had the AO and NAO have not been so strong. 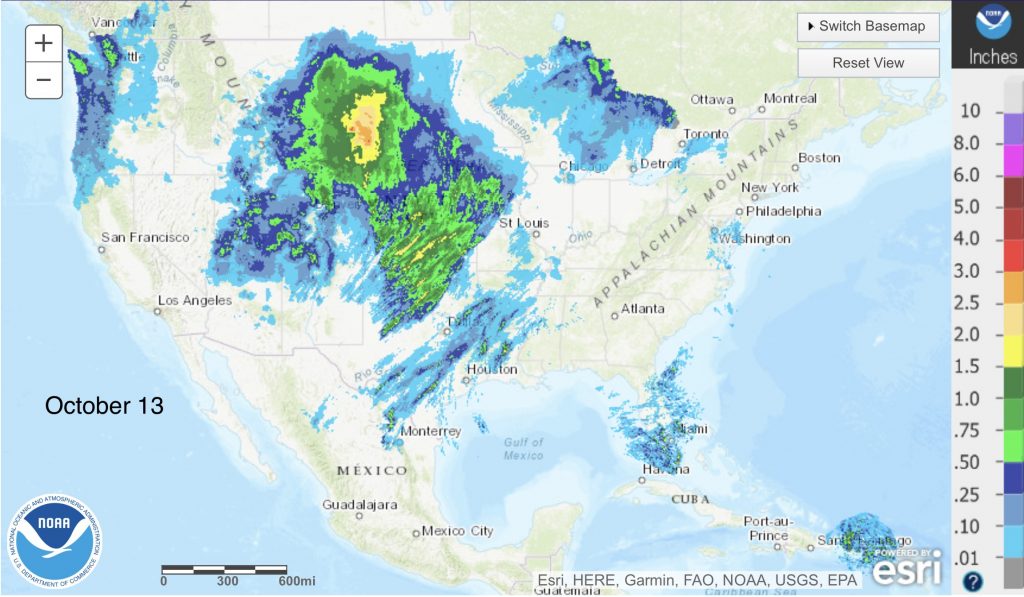 PNW: Cascades expect an inch or two as the next system arrives on Wednesday.

Tahoe, an additional 4-8 today as the storm wraps and moves on to Utah.

Powder Day Utah: snow tapers off by mid-morning.  Expect an additional 2-3 in the morning and then partly cloudy by afternoon.

We will be putting out state specific calendars soon to help with trip planning.  Below is an example, followed by our predictions. 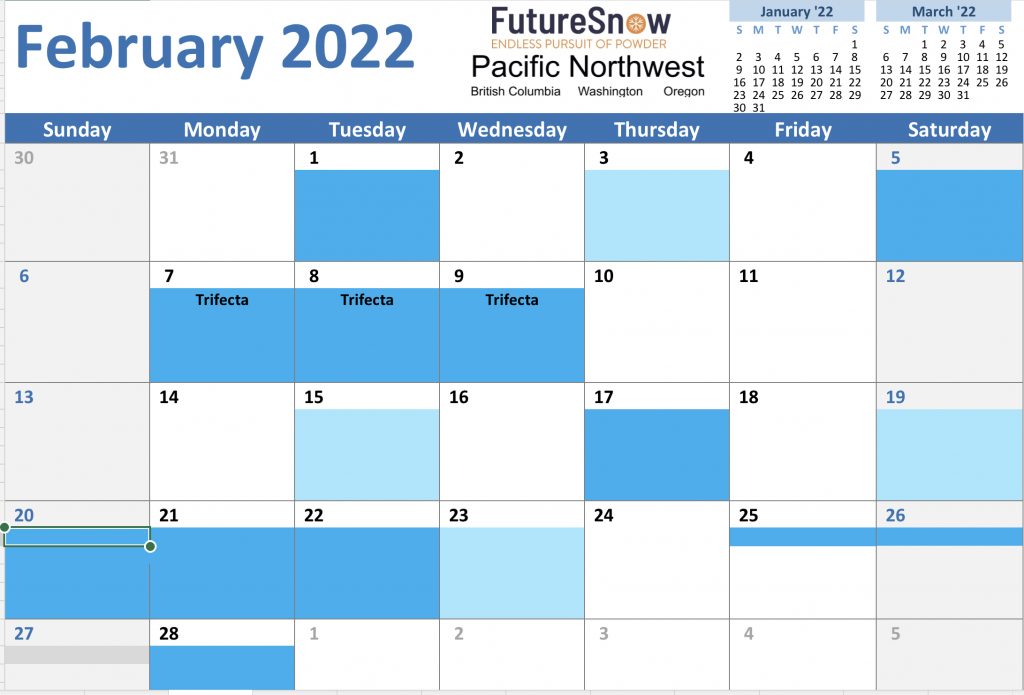 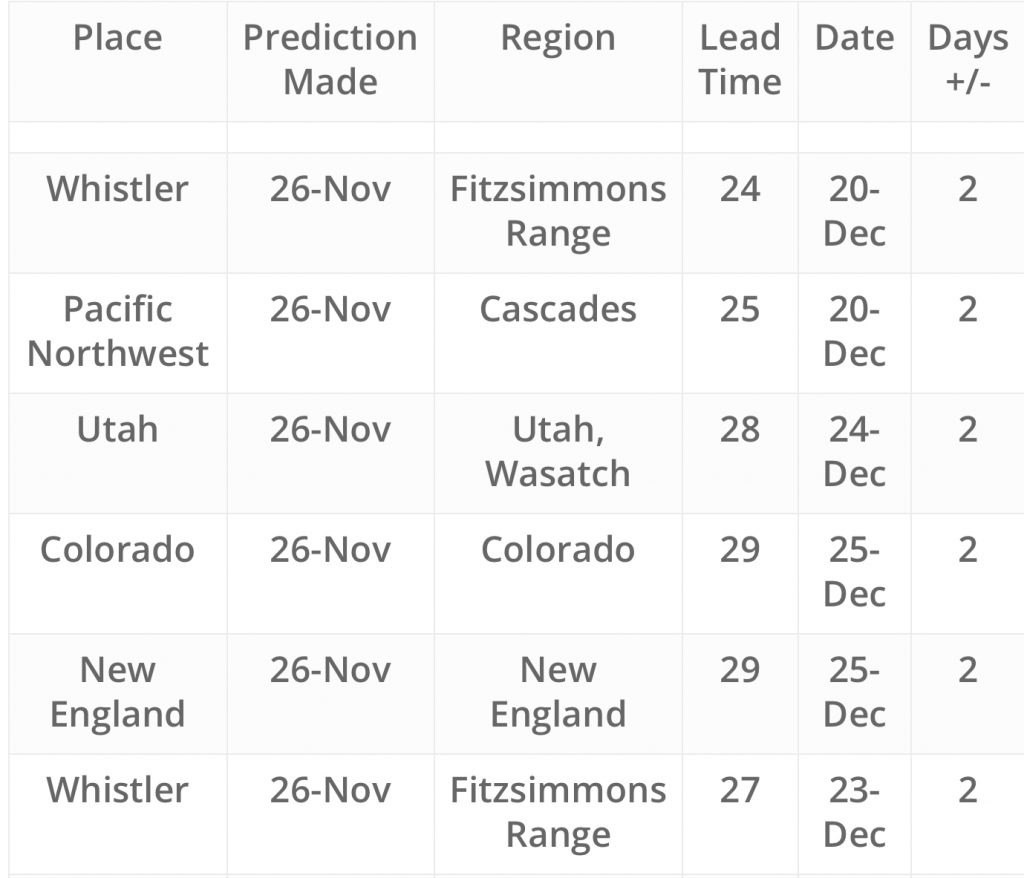 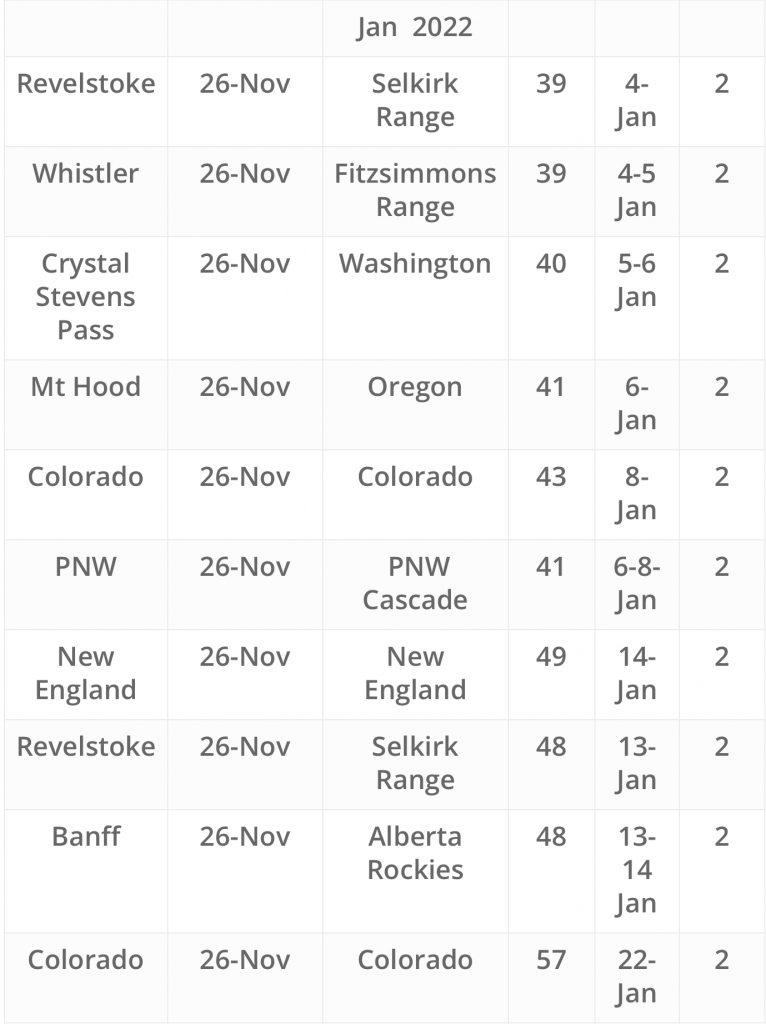