Western States Bracing For A Series Of Snowstorms 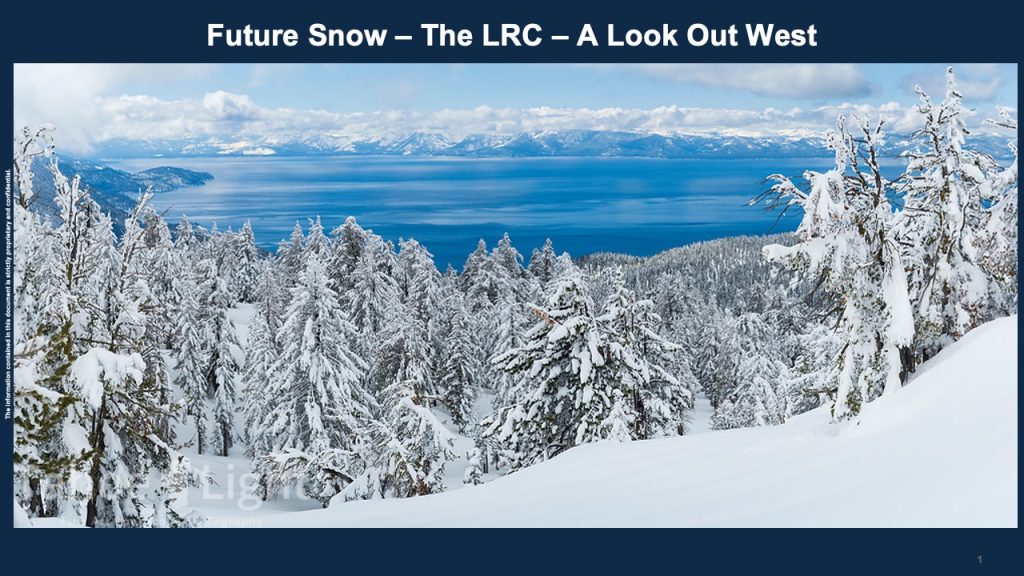 Hey skiers, are you ready to get some great snow?  The pattern is setting up and the entire west coast is about to have a series of storm systems that will last into the new year!  I’m meteorologist Gary Lezak, working with Future Snow this season. We are sharing more of the LRC technology that this site has been bringing you for years now!  Let’s take a look: 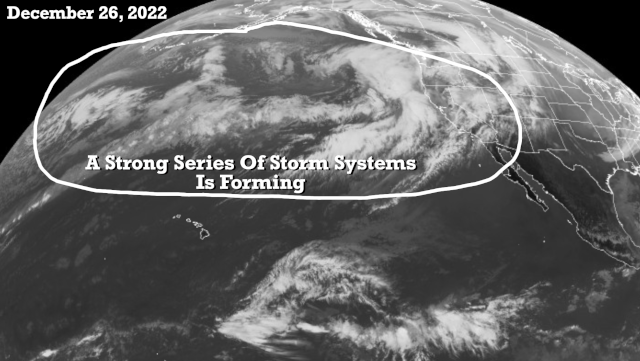 A strong series of storm systems is developing.  On this infrared satellite picture above, we can see a long fetch of westerlies, or a series of storm systems lined up with the Pacific Northwest.  The trend will be for these to begin penetrating California and it will likely end up with high snowfall totals over the ski areas.  The snow levels may be fairly high for the first event, and then we will see the snow levels drop from 7000 feet, or above Lake level at Tahoe, to 5,000 feet or lower as the series of storms continues into the new year. 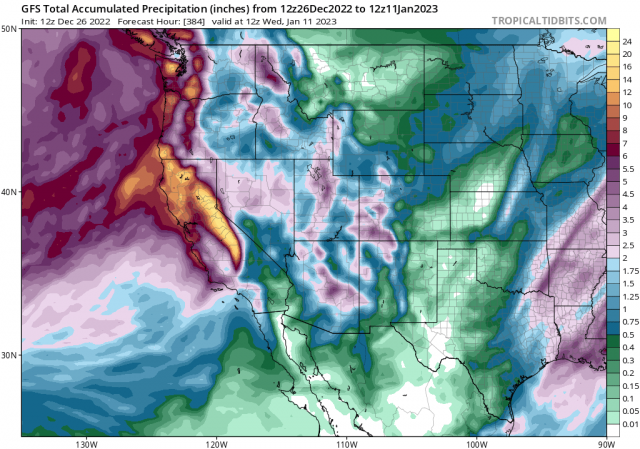 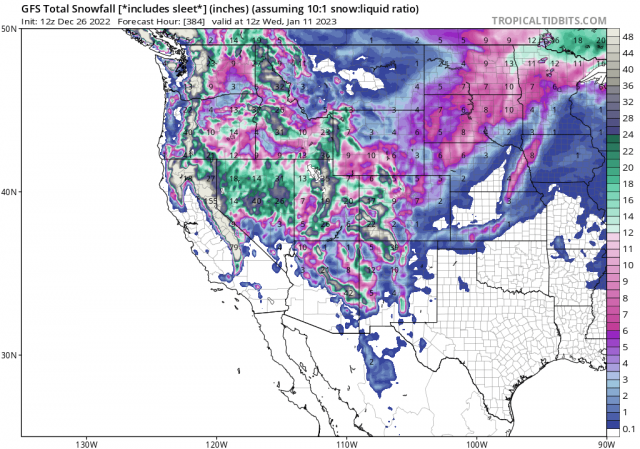 If you look closely, this model is showing over 100″ of snow in a few spots from the Sierra Nevada out near Soda Springs, Serene Lakes, just west of Lake Tahoe on those western slopes and south to Mammoth Mountain and the June Lake area.

Weather 20/20 has developed a patent/pending global weather model that is as accurate at 100 days out as your 7-day forecast on your weather app.  This model is also showing wet conditions out west, but finally some storm systems that will hit California again 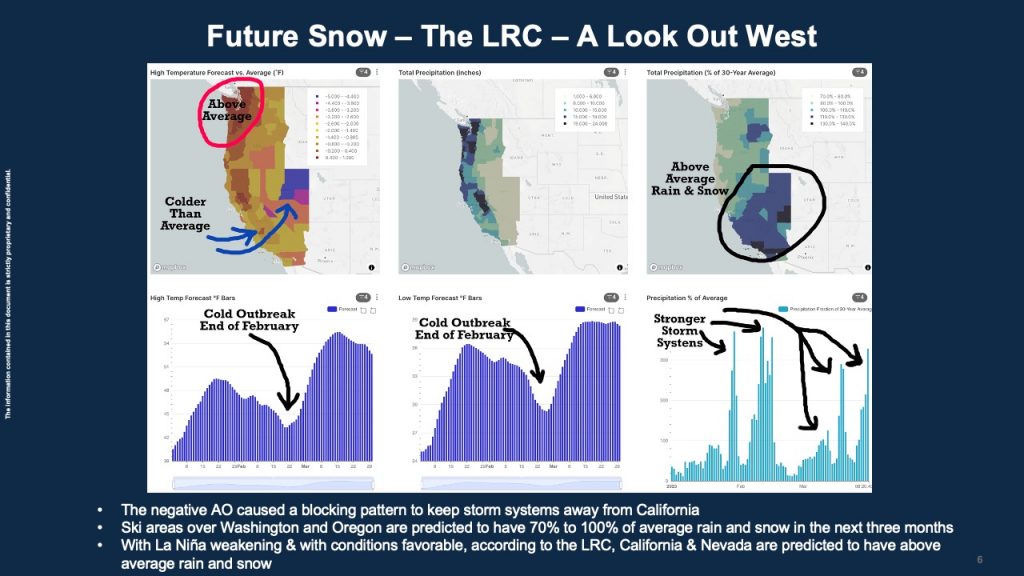 What is going on?  The LRC is the centerpiece of a big atmospheric puzzle.  There are other factors and these have been influencing this pattern. 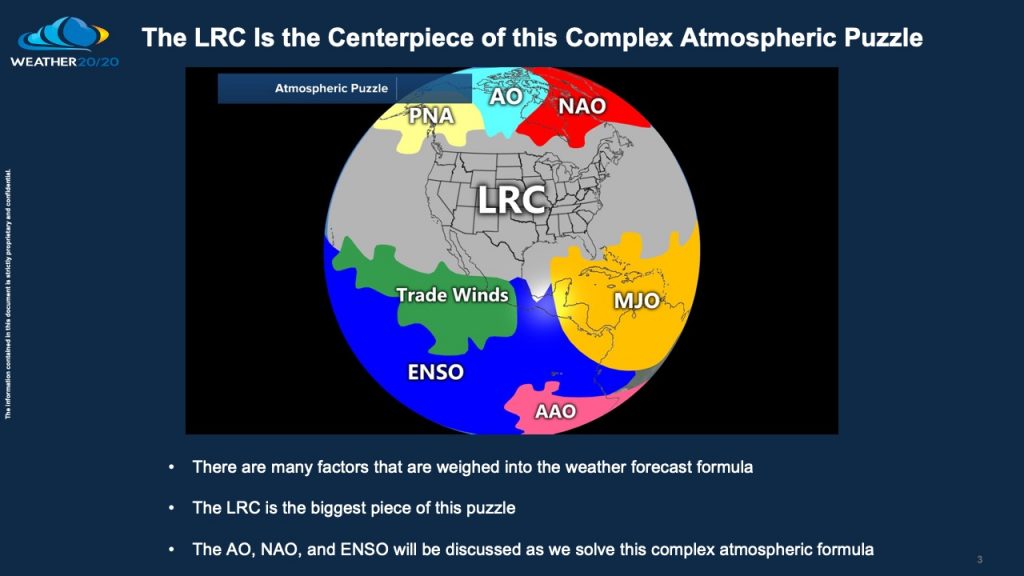 We are currently in the second cycle of this year’s LRC: 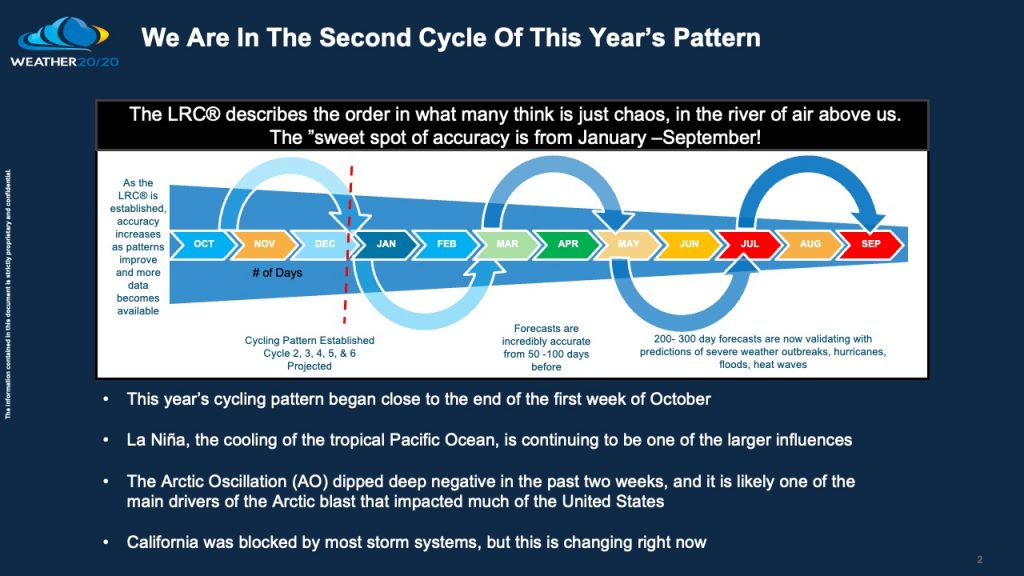 The El Niño Southern Oscillation is one of the big influences on the overall pattern.  We are currently in our third straight La Niña winter, but it is forecast to break down in the next few weeks/months.  By breaking down I mean the tropical Pacific Ocean waters will begin warming. 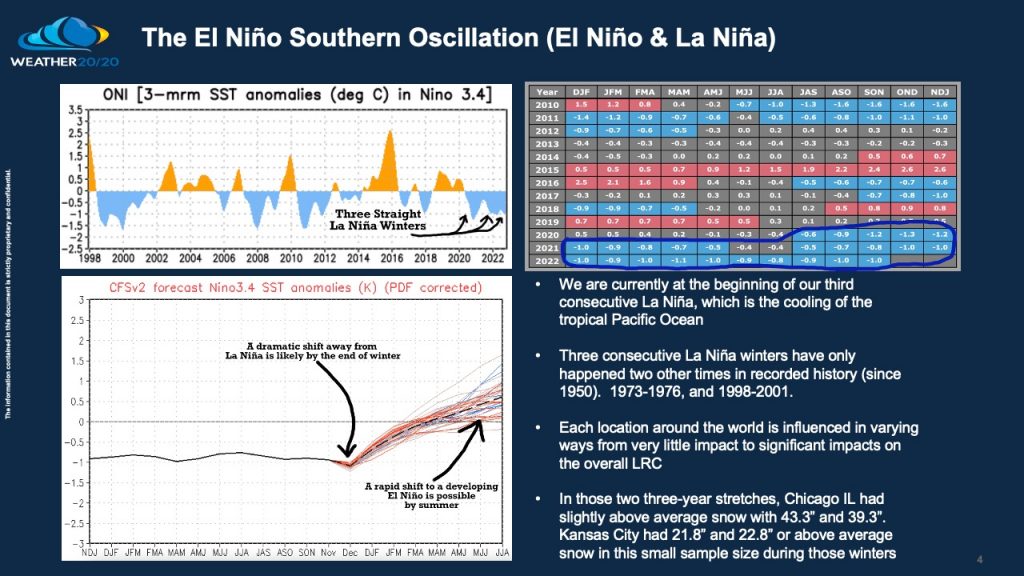 Another influence is the AO and NAO.  The AO dipped negative and the effects of this negative AO were just experienced by the recent Arctic blast over a large part of North America.  The AO is heading back towards neutral and a warm-up is on the way. 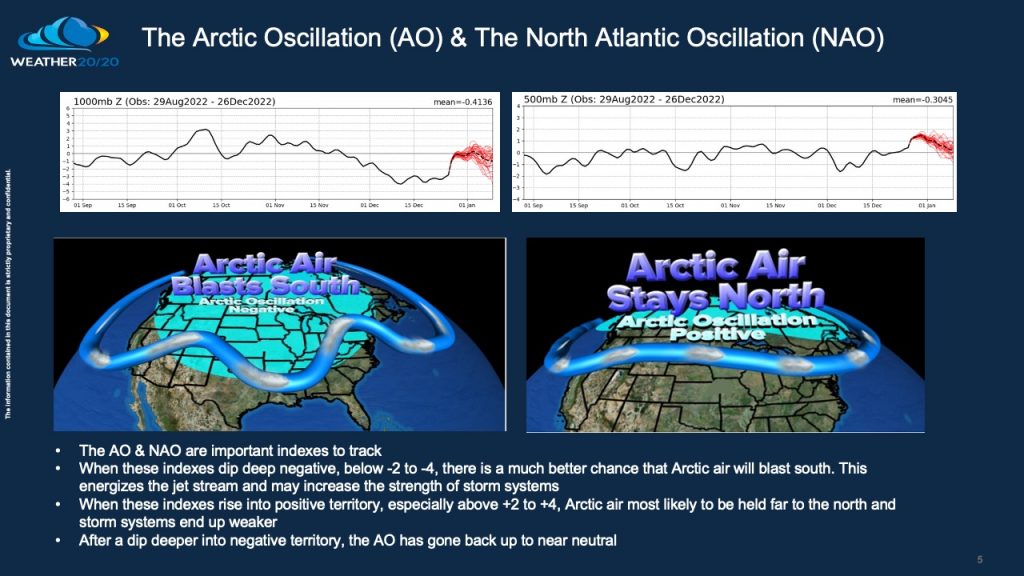 While these other influences affect the overall pattern, the LRC is still the dominant piece of the puzzle.  It shows the order in what most meteorologists think is just chaos.  It is far from it!  We know when storm systems will strike and when they will miss, from winter storms, to spring storms, tropical storms, floods, droughts, and more.  Let’s see how this sets up.

Today, warm temperatures in the morning falling throughout the day, along with snow levels.  Not much snow expected tonight, possibly 2-4.

Tomorrow begins with snow levels around 7000 feet with rapidly falling levels before settling around 2000 feet.  Winter Storm Warnings will be issued and heavy snow with 10-15 before the lifts stop with another 10-12 overnight.  Wednesday will be the best day to ride with temperatures in the upper 20’s at base with moderate winds.

Today, rain in the morning with snow levels around 9000, falling to 2000 by the afternoon.  Strong winds continue as the bulk of the storm moves in by mid-afternoon, gusts in the 50’s, I am expecting 4-8 before the lifts stop turning, with another 6-12 overnight.  It could be more or less during the day due to the timing of the front.

Wednesday, lingering showers with another 3-6 likely before the system moves out Wednesday night.  Temperatures still warm with base temps near freezing.

Winter Storm Warnings in effect thru 10 am tomorrow.  Heavy snow throughout the day with gusts in the 50’s at base and in the 80’s at ridgetop–pretty standard.  The heaviest amounts look to be in the south of the lake, with the bullseye near Kirkwood and Mammoth.  Snow levels start the day around 8000, lowering to around 6500 feet by 5pm, so there will be rain and a rain/snow mix around those levels.  Heavenly Can Wait (over 50 will get it), until tomorrows colder temps.

Snow continues after the lifts close and exits around 11 pm.  Tomorrow will be a bluebird day with temperatures near freezing level at lake level, with light winds.  Next system arrives Thursday morning. 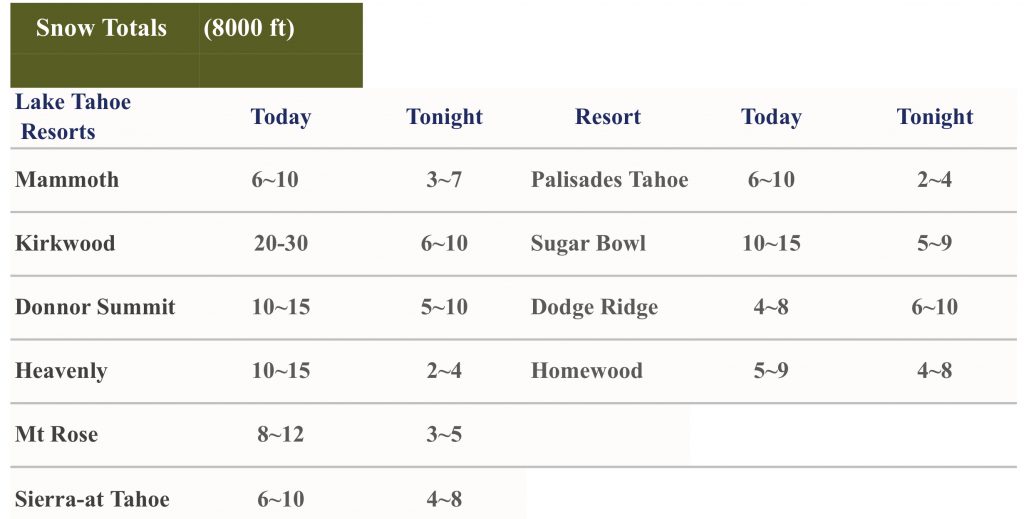