By Future SnowDecember 10, 2022No Comments

Deep totals for Washington.  We are looking at 20 for Crystal Mountain, 10 Stevens Pass, 12 Summit at Snoqualmie and 12 at Whistler Blackcomb. Heavy snow at Mt Hood south to Lake Tahoe.  In Kirkwood, it almost looks like the video is playing backwards. 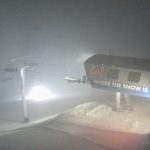 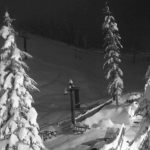 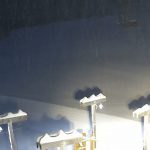 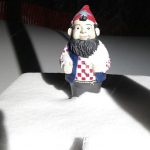 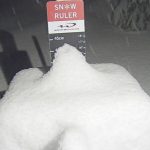 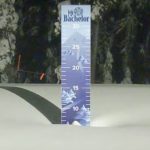 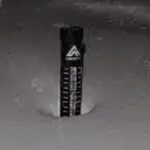 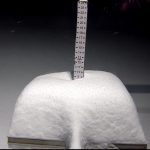 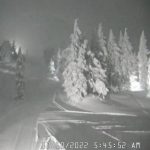 Let’s take a look at this storm from the 500 mb level, then the 1000-500 mb and finally we will look at the 24hr NAM snowfall map.  The 500 mb level is about halfway up in the atmosphere and is the easiest way to see the pattern.  This storm is continental in scope, massive.

This next chart/GIF combines the surface with the 500 mb.

Last, the best chart of them all, the 24 hr snow total chart.

By looking at these charts, you can see the guts of the storm, which is behaving like an El Nino storm, in size and strength.  As I have been studying this theory and methodology, that we bring to you exclusively, I am beginning to think that the Pattern mechanism, dictates weather and teleconnections, and is not just one of the influencers.

That Last spring, I thought that El Nino Southern Oscillation (ENSO) would flip from La Nina to El Nino, based on an indication from previous cycle lengths and their relationship to ENSO.   That didn’t happen, and we are in a Tripple Dip La Nina, but this winter is not behaving like an La Nina winter.  Maybe, that is what is happening now.  Is it the chicken or the egg?

The Pattern or Cycling Pattern Hypothesis (CPH) as I have called it, or as other discoverers have called it, the LRC (Lezaks Recurring Cycle), or the Index Cycle (Jerome Namias 1940’s MIT), is what has been called Mother Nature for centuries.  Is it Mother Nature?  The answer to that question, I believe, is getting closer to be solved.  How else could we predict the weather months in advance with a high degree of accuracy?  Hurricane dates and locations within 24-72 hours months in advance?  It’s crazy, ok on to the forecast.

We talked yesterday that this storm is related to the Mosquito fire back in September, it was an AR too, and substantially helped extinguish the fire.  Below is a comparison of the two systems, in case you missed yesterday’s discussion.  A lot of similarities, because this storm is a harmonic of the Mosquito Fire storm.  A harmonic is a storm that is like a sister, closely related but not the same. 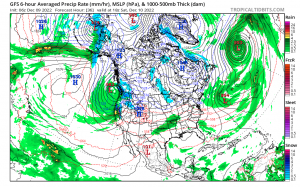 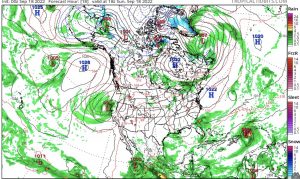 This storm is running right on time, for the west, the track is identical to the last time it came through.  The storm totals are looking impressive as the storm progresses through the track.  How can the track be identical if it did not hit Tahoe last time through?  The sheer size of the storm is nearly twice the size as the last time through, due to the strengthening jet stream.  Nearly triple the size it was in early September.  That brings the bottom edge of the storm all the way south to Baha California and even as far south as Chihuahua Mexico.

The next time this storm comes through will be in January, and all indications are that it will be similar in strength.

Crystal and 49 Degrees North will add another 6-10, Snoqualmie may be a mix of rain at base and snow mid mountain to the top.  Bring your squeegee and try to stay up top, expect 4-8 from mid mountain up.  Stevens Pass looks to be thru with measurable precipitation, maybe an inch or two during the day. Temperatures will be in the upper 20’s to lower 30’s with moderate winds 15-20 with occasional gusts around 30 mph.

The storm moves out by 10 pm tonight after leaving an additional 1-3.

Mt Hood Meadows/Timberline expect 4-8 as you ride the storm today with slightly less for Mt Bachelor, in the 2-4 range.  Temperatures will be warm near 32 at lower elevations with strong winds 20-25 mph.

Another 2-4 tonight before the system moves out.  Tomorrow, temps will be colder, around 26 degrees, with light winds.

This is a 3-day storm that will incur an atmospheric river (AR) Saturday night after the lifts close.  Storm totals will be in the 3-5 feet range. Most ARs are warm events, but this storm has some cold air Saturday night with base temperatures in the upper teens, so mornings will be best to ride.  Expect heavy snow, under foot, in the afternoon. 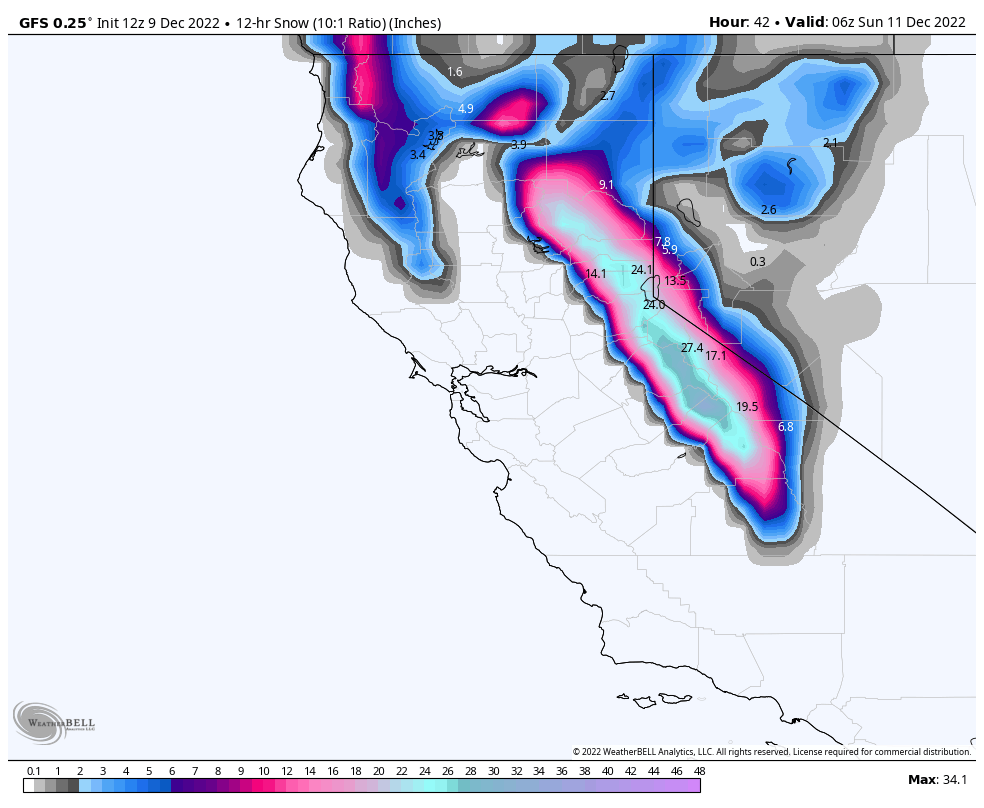 Heavy snow and strong winds with gusts between 60 mph with ridgetop winds near 100 mph, so upper mountain lift closures likely.  Snow totals Saturday will be in the 2-3 feet range for Donner Summit, Dodge Ridge and Kirkwood with 2-3 feet likely for Sugar Bowl, Palisades, Mammoth and Homewood.

Colder temperatures as the storm detaches from the AR. Another 1-2 feet expected for Donner Summit, Dodge Ridge, Sugar Bowl, Palisades, Homewood and Kirkwood with temperatures in the lower to mid 20’s.   Mammoth is still in the sweet spot, as with 2-3 feet likely.  Strong winds from 30-40 mph with ridgetop gusts in the 70s.

Sunday Winter Storm Warning until 4 am

The snow continues as most mountains will receive another 4-15 inches with much lower temps and winds.   Temperatures in the upper teens with moderate winds 15-20 (for Tahoe Standards) with gusts in the lower 30’s

This last map is from the National Weather Service for mountain traveling.  This covers travel from 10 pm Friday thru 10 pm Saturday.

Cloudy skies with temperatures in the mid 20’s.  Moderate winds from 12-20 mph.

The storm moves in around the time the lifts start spinning, so expect to ride the storm all day.  Temperatures will be in the low 20’s with strong winds 20-25 with 35 mph gusts.  Wind chills in the near zero.  Expect 4-8 throughout the day.

Heavy snow with cold temps.  Expect 10-18 for Alta and Snowbird, with slightly less for Brighton 8-12 and Park City 4-8 range.

The storm continues thru the day with 4-8 likely for Alta, Snowbird, and Brighton with 2-4 for Park City.  Winds will be light from 5-10 mph and temperatures will be in the mid 20’s. 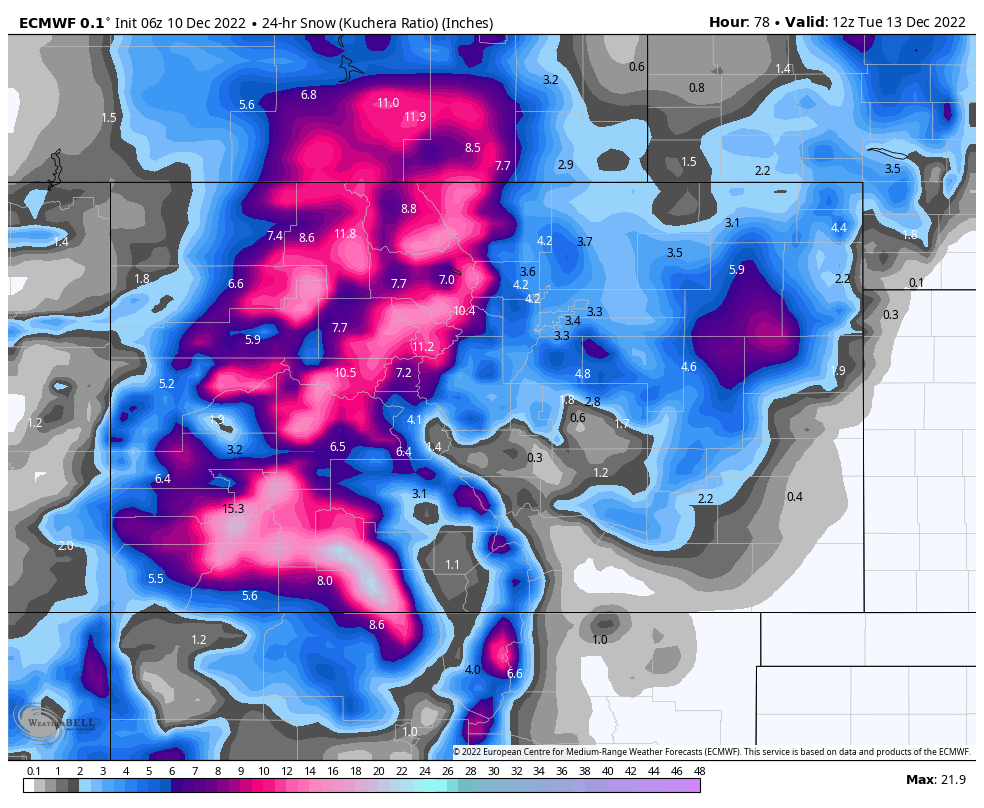 The storm arrives early Monday morning.  I am not satisfied with the model solutions, they haven’t locked in on track and totals yet, but the history of this storm the last time it came thru had multiple resorts receiving double digit totals.  I am still expecting that, but the models aren’t in agreement at this time.

The Euro looks the best so far.  We will update later today, as I expect better agreement this evening.

Below is the GFS 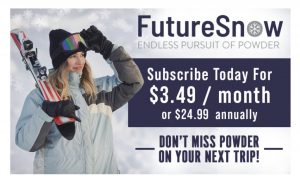 Thanks for reading the blog, as always if you have any questions, please ask in the comments below or send an email to Mike@FutureSnow.CO