By Future SnowJanuary 20, 2023No Comments 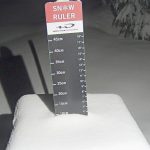 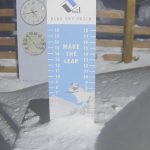 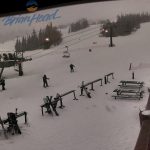 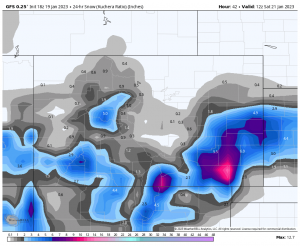 We have a small system working its way out of southern Utah and Colorado, that will add a few more inches for the San Juans and Elk mountains, before the system exits.  Temperatures will be in the mid 20’s with snow, in southern Colorado, partly cloudy and mid 20’s for the northern mountains and mid-teens and scattered snow showers, along the divide.

The next system will begin early Sunday morning in the Pacific Northwest and take a southeast track thru northern Utah, then reach Colorado late Sunday.

We are in the 3rd cycle of this year’s pattern.  There are pre-cycles where the pattern is setting up as far back as late July and August.  Those pre-cycles set the number of storms and the order in which they will follow.  Somewhere in October, the pattern gets set and will cycle regularly until late July when the process starts all over.

For consistency purposes, we set October 1st as Day 1 of Cycle 1.  Although that is the official start date, the actual start of the pattern varies from year to year.  Sometimes the pattern is set before Oct 1, and sometimes much later.

This year, the pattern wasn’t set until October 23rd.  That is pretty late compared to the last 5 years.  It is usually set around the first week. Admiringly,I am not an expert on teleconnections.  I leave that to the scientists in that line of work, However, what knowledge I have gained over these past few years studying the LRC, is that you have to at least have an understanding of how these teleconnections affect the pattern.

We have discussed many times, on the blog, the various teleconnections, such as the Arctic Oscillation (AO), the North Atlantic Oscillation. (NAO), ENSO (El Niño Southern Oscillation) and others.

One of the influences of this years pattern is another teleconnection, the Madden Jillian Oscillation, or MJO.  The MJO is a variation in tropical weather, that occurs on a weekly or monthly time scale. It is an eastward moving  storm that circles the globe, near the equator, that typically recurs, or oscillates, every 30 to 60 days. 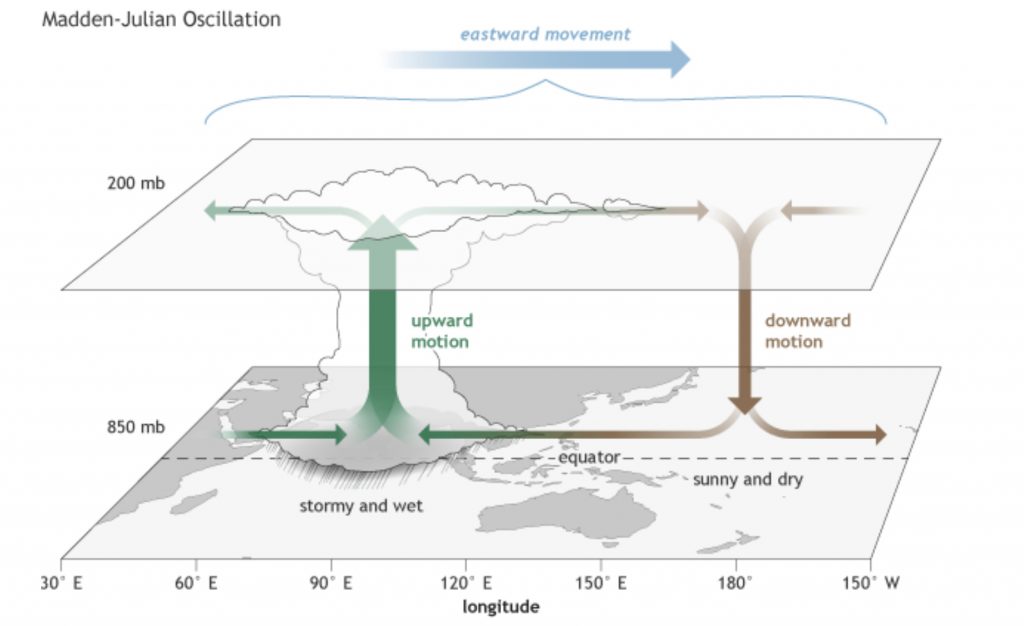 The movement of the MJO can strengthen or weaken the status of ENSO El Niño or La Niña.  In the diagram above, you can see the upward and downward motion created by the MJO in the atmosphere.  When the MJO is in the right place in the Pacific, the storms we receive are amplified.

The strength of the MJO this year, is one of the reasons why we are having such great precipitation in the western US.  When the MJO is in the wrong phase, or wrong place on the globe, our storms receive less energy.  Of course, other teleconnections are involved as well, but the MJO is one of the factors in the strength of storms. 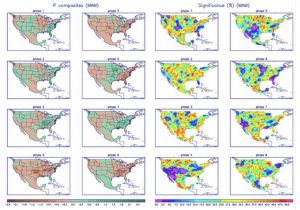 Phases of the MJO

When you look back at last year’s pattern, it was pretty much below average precipitation throughout the western US, except parts of Washington, and Oregon.  We had a very long cycle, 64 days, which was the second longest cycle length in the past 30 years.

The MJO was pretty much dormant last year, with the exception of Cycle 2, December 4 through January 10. During that time frame the MJO was in a similar position and strength as it has been for most of this year.

During that period of Cycle 2, we received heavy snowfall, from five different storms, during the period. Lake Tahoe received over 100 inches, between December 23 and December 29.   Utah and Colorado resorts had snow during 23 out of 32 days.  Alta had 176 inches, Crested Butte had 142.  Then poof, the MJO went dormant, and we returned to mediocrely. 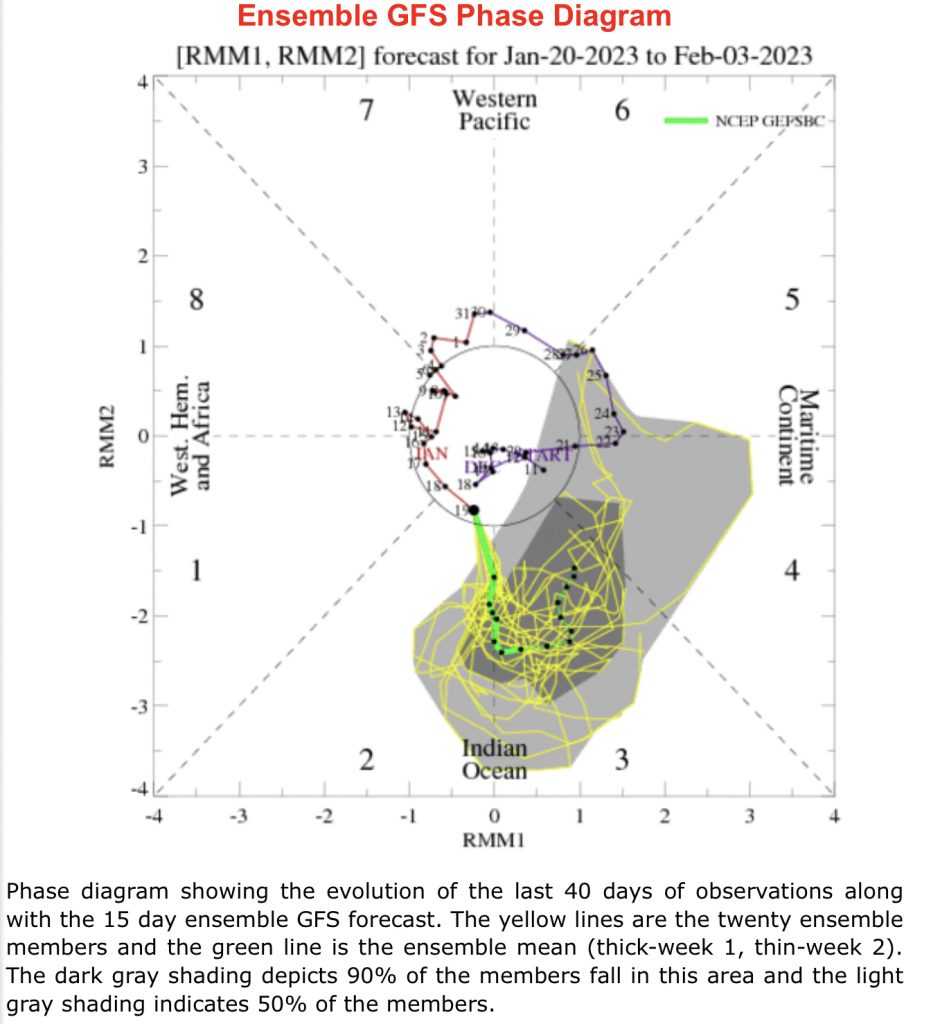 Presently, the MJO is in the Indian Ocean and is projected to be in phase 4 by the be of February.  We wii keep monitoring this and see if they trend continues when the MJO enters Phases 5,6 and 7.

Thank you for reading the blog, as always, if you have any questions, or need personalized info for trip forecasts, please email me at Mike@FutureSnow.co