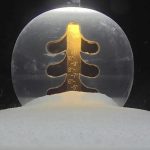 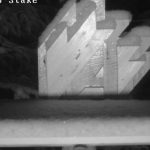 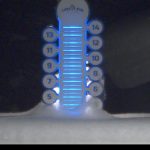 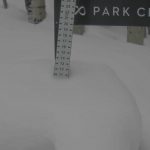 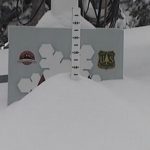 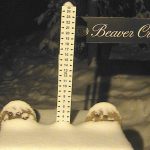 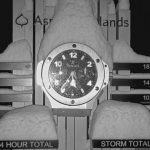 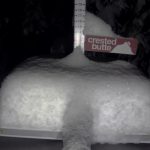 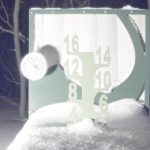 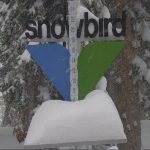 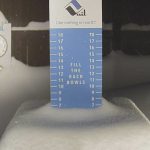 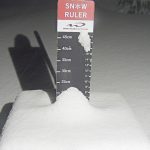 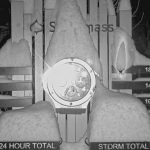 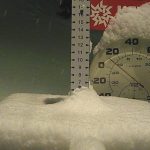 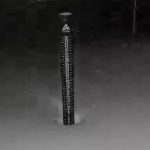 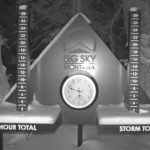 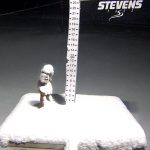 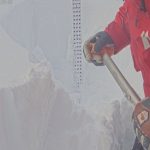 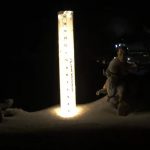 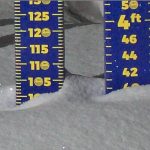 A little break to dig out for Lake Tahoe, as the next system moves 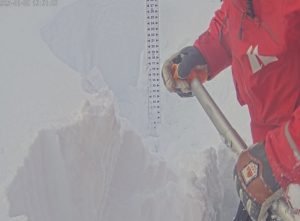 in this morning.  We have scattered snow showers in the Pacific Northwest before the next wave will moves in, from the south southwest. That will bring rain in the valleys and heavy wet snow to the resorts.  I think we are past the “wintery mix” with snow levels projected to be below 4000.

For Utah and Colorado resorts, there is a break in the action until Wednesday, as the pattern shifts from its west coast track to a more linear flow.  That system will come thru in the wee hours Tuesday night, for Utah, late morning for Colorado.  This is a break in the pattern that is consistent with what occurred last cycle, back in mid-November.

The first wave moves in around 10 with moderate winds, 20-25 early, getting stronger in the afternoon, 30-35 mph, with afternoon gusts encroaching 50 mph at base, 70-80 mph at ridgeline.  Upper mountain closures possible.  Temperatures in the at freezing or below.

Not much snow expected with this first wave and breaks in the snowfall are likely.  Look at the 1-hour snowfall chart below to get a sense of how this will play out.

The strongest part of this storm hits tonight after midnight with Kirkwood in the sweet spot.

Storm continues and is out of the area between noon and 2pm.  Additional snowfall amounts in the 4-8 range for the West (Homewood, Dodge Ridge) and the Crest (Sugar Bowl, Palisades, Kirkwood and Sierra).  For the east side resorts (Heavenly, Mt Rose), expect 2-4.

Another wave moves in with generally 2-4 for most resorts.  This wave is the precursor to a very large storm that will bring 3-5 feet from Monday thru Tuesday night. 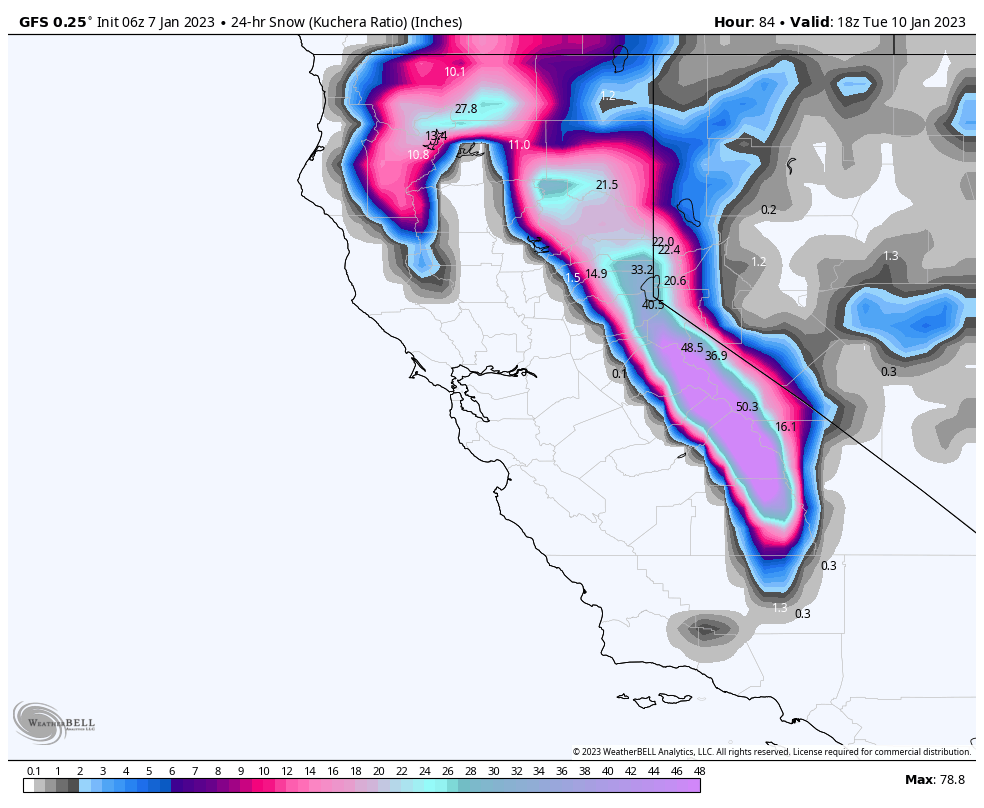 As you can see from the shot above, this is a very large storm that will be measured in feet.  We will dial in the amounts tomorrow, but safe to say that we will be in the 12-20 range Monday, 12-20 Monday night, and 12-20 Range on Tuesday. 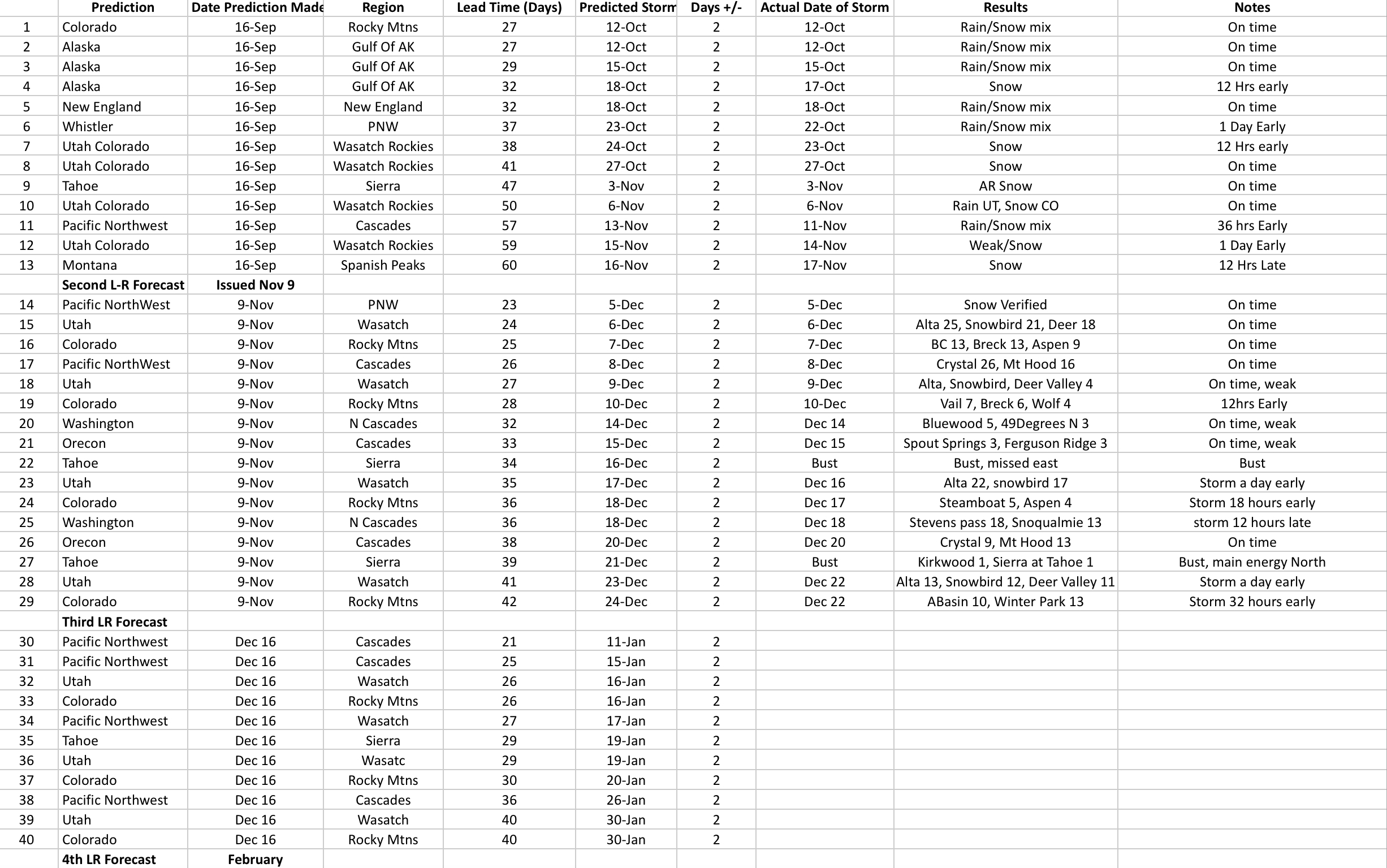