By Future SnowJanuary 5, 2023No Comments 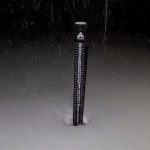 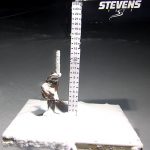 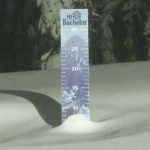 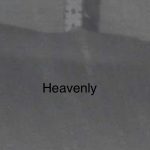 Every year a new and unique pattern sets up in the fall, becomes established and repeats throughout the year until the whole process sets up again in late summer.  Those of you who follow meteorologist Gary Lezak have heard these words, over and over, throughout the years.  Now that we have established a site for the ski resorts, we are bringing you Weather 2020’s technology, for long-range forecasting, to snow resorts and you.

What is the pattern this year?  Let’s first reflect on the past two La Nina seasons.  For both of those year’s the pattern was nearly identical.  We had the “active west” portion and the “northern track”, as seen below. 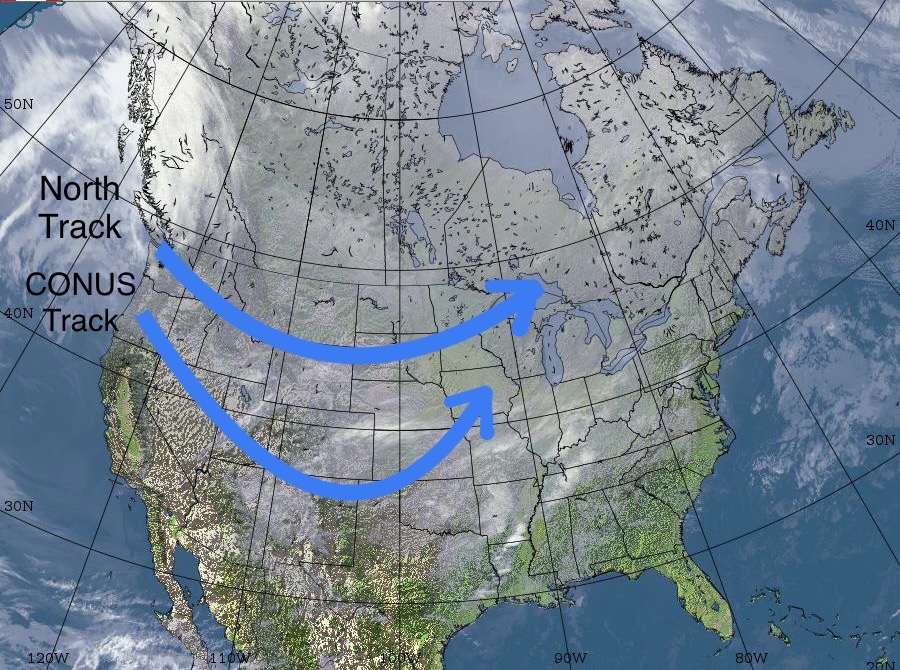 This year, even though it is still a La Nina, the track is quite different.  This year, the favored track is not only the Conus Track, from the picture above, but also a new track that favors Lake Tahoe and Utah resorts.  Both the Sierra and Wasatch ranges are getting hammered with snow this year, and that is likely to remain throughout the year.  Also, much needed rain for California. 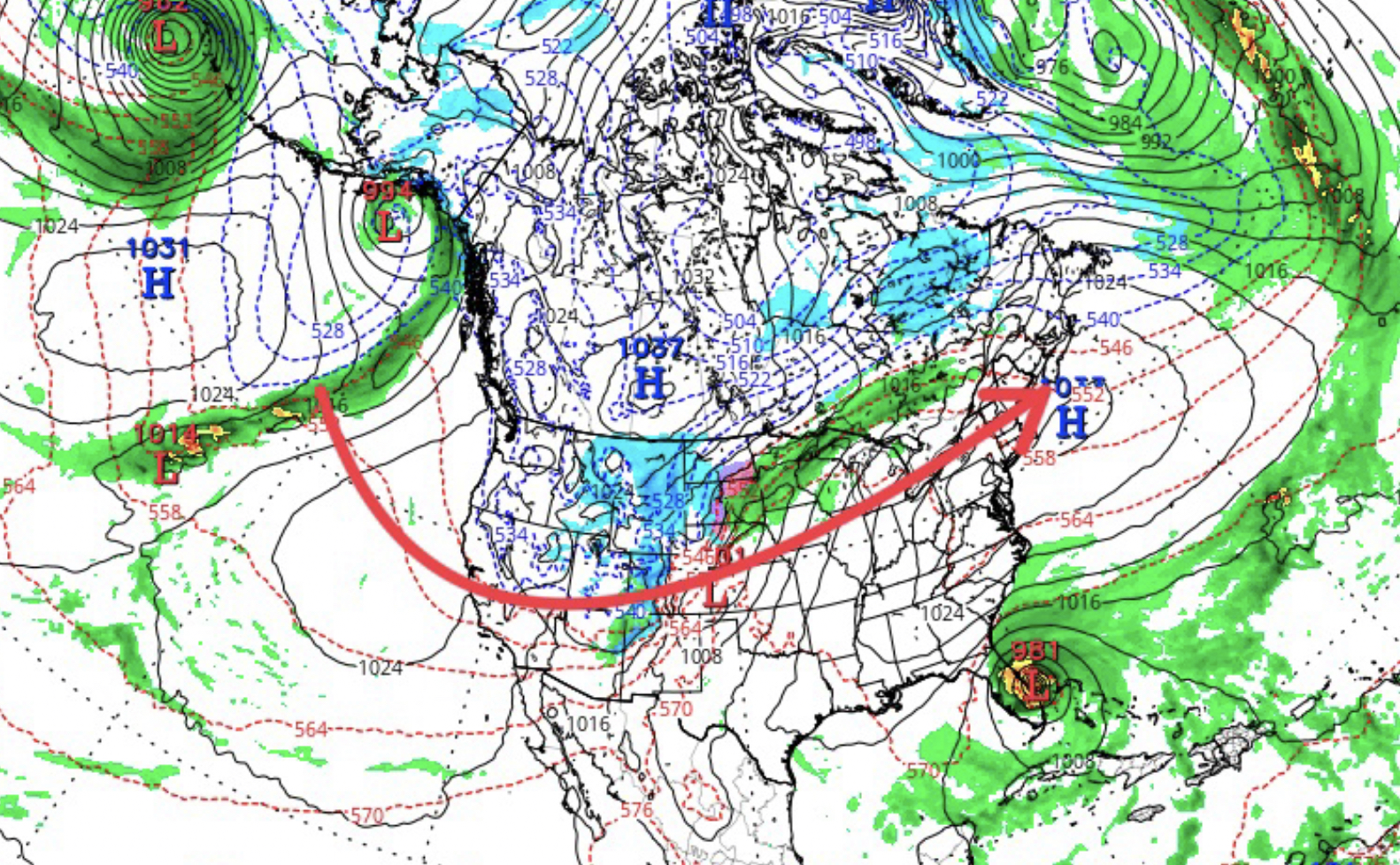 This year, we have added this track (above), and the northern track has been diminished.  More on this track in the upcoming days, but I am planning trips to Salt Lake resorts this year and Lake Tahoe.  We will be targeting the upcoming storms for February and March long-range forecast predictions in the next couple of days.

Winter Storm Warnings throughout the Sierra today as the heavy snow continues thru tonight.  Snow reports from yesterday had Kirkwood 18, Palisades 6, Sierra at Tahoe 13, and Heavenly 12.

The storm stretches from southern California, thru Oregon, Washington and into Vancouver Canada.  The warm temperatures associated with this atmospheric river (AR) event have cooled, as well as the strong winds that caused some upper mountain closures.  Snow levels around 5200 feet for most of the day.

The storm reaches Utah resorts around 2 o’clock with gusts near 40 mph as the front approaches.  Most of the heavier snow will fall after the lifts close, so tomorrow will be a nice powder day.

Colorado gets in on the mix Friday morning.

Heavy snow expected today with a break or two between waves.  Snow levels around 5200 feet today, with moderate winds (for Tahoe) steady around 20 mph with 30 mph gusts.  Expect 1-2 feet for Kirkwood, Homewood, and Dodge ridge with totals between 6-12 for Mt Rose, Heavenly, Sugar Bowl, and Palisades.

Snow continues tonight and the system will exit by morning tomorrow.  Expect another 3-5 for the higher elevations with 1-3 for the lower elevations.

Lingering showers are possible, but no accumulation expected.  Expect cloudy skies and light winds 5-10 mph with temperatures at baselevel around the freezing point.

We have a mixed bag for the Cascades today, as the snow levels will begin the day around 6500 for Oregon resorts.  That could cause some freezing rain at lower elevations.  Those freezing levels will fall as the backside of the storm moves east.  I don’t expect any freezing rain at Crystal or Stevens Pass.  Mt Hood, Mt Baker, Snoqualmie, Mt Bachelor and 49 Degrees north, be prepared for freezing rain mid mountain to the base.

Snow totals today in the 1-3 range for the lower elevations and 2-4, possibly 3-5 for the upper elevations.

Generally, we can expect 2-4 for Mt Hood today with another 2-4 overnight.  For the Northern Cascades, Mt Baker, Crystal and Snoqualmie in the 1-3 range.  49 Degrees North, no snowfall until Tomorrow.

Next wave moves in Friday night.

It will be a windy day today with partly cloudy skies as the storm arrives after 2pm.  Not much snow expected before the lifts close as the bulk of the precipitation will fall overnight leaving a great powder day first chair tomorrow.  I am expecting 8-12 for Alta, Snowbird and Brighton, with Park City and Deer Valley coming in with smaller totals, in the 4-8 range.  Timing could affect these totals so check back first thing in the morning.

Snow continues with colder temperatures and moderate winds 10-15 mph.  Expect another 4-6 throughout the day at Alta, Snowbird and Brighton, with Park City and Deer Valley in the 2-4 range.  Storm exits by 5 pm.

Update 4pm MT:  Totals look about the same as they did this morning.  The biggest amounts will be Steamboat, seemingly like they have been all year.

Sunny skies today with temperatures in the mid 30’s at base level.  Light winds in the 5-10 mph range.  The storm arrives early tomorrow morning.  This storm is weakening as it moves east, the models are zeroing in on the totals, but generally we expect 2-4 for the southern and central mountains, and 3-6 for the northern mountains.

We will have better guidance this afternoon, when the next model run is complete.  I will post updates if the data warrants.

Storm arrives with light moderate winds and temperatures in the upper 20’s to low 30’s.  Snow throughout the day with breaks in between waves.  Snow continues tomorrow night until 10 pm.